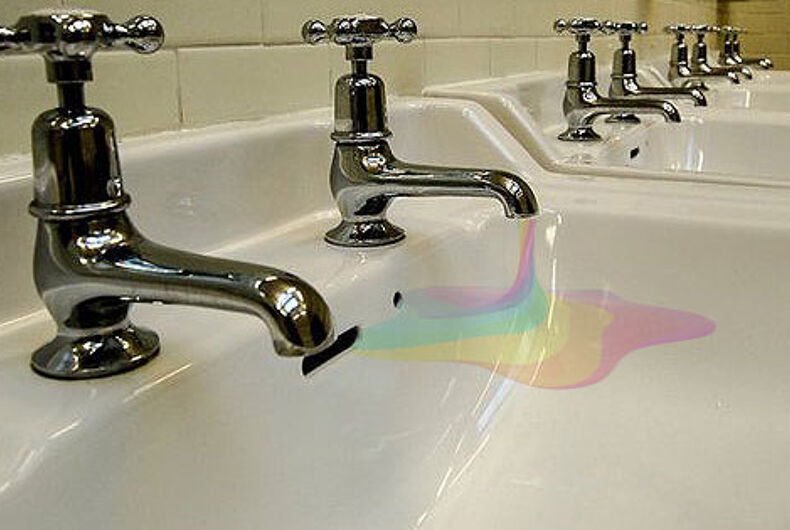 Efforts among North Carolina leaders to take the state’s “bathroom bill” off the books before a deadline to stem further economic losses evaporated late Tuesday and devolved into more finger-pointing by Republican lawmakers and the Democratic governor.

The NCAA already removed championship events this year from North Carolina for the law known as House Bill 2, which limits LGBT nondiscrimination protections and requires transgender people to use public restrooms corresponding to the sex on their birth certificate.

The group has said North Carolina sites also won’t be considered for championship events from 2018 to 2022 “absent any change in the law.” The NCAA said decisions for those events are being made starting this week and will announce them in a few weeks.

House Speaker Tim Moore and Senate leader Phil Berger held an early evening news conference to announce they had agreed in principle on a four-point plan they said was proposed by Democratic Gov. Roy Cooper, who has been calling for a full repeal. But they said Cooper had backed out of the offer minutes before the news conference.

“We’re not sure exactly where we are right now, quite frankly,” Berger told reporters. “We were prepared to have him work with the Democrats to get Democratic support and we were going to work with our caucus to get Republican support.”

The proposal, which contained items similar to those being discussed by Republicans last week, would have repealed HB2. But it also left authority to address public restroom policy in the hands of legislators and only allowed nondiscrimination ordinances by local governments to match federal protections, which currently don’t cover LGBT rights. Another provision would have allowed individuals to sue alleging constitutional rights to religious liberty had been infringed by government policy.

Cooper spokesman Ford Porter said “Republican leaders are more interested in political stunts than negotiating a compromise to repeal HB2” and that any religious conscience provision like one approved in Indiana in 2015 “remains a deal-breaker.”

But Porter acknowledged later in an email that Cooper’s office had drawn up some wording while “working in good faith on potential suggestions to change fundamentally flawed language.” He said “Republicans dismissed our suggestions, and it ultimately became clear that more drastic revisions would be needed to prevent HB2 from being replaced with another bad law.”

The law already has prompted some businesses to halt expansions and some entertainers and sports organizations to cancel or move events, including the NBA All-Star game in Charlotte. An Associated Press analysis this week found that HB2 already will cost the state more than $3.76 billion in lost business over a dozen years.

House Minority Leader Darren Jackson, D-Wake, said the religious liberty language and federal nondiscrimination ordinances were not something he could ever support, but said there’s never been a formal offer to Republicans that included those provisions.

Jackson said the Republican news conference was part of an effort to pass a bill and “make the governor veto it and lay the blame at his feet when they can’t fix it.” Although Republicans hold veto-proof majorities in both the House and Senate, they lack unanimity on a solution to HB2.

Berger and Moore were seen going to the Executive Mansion on Tuesday night. Still, the failure earlier in the evening marked another moment of partisan enmity between the executive and legislative branches over what to do about HB2. A potential compromise failed during a special session in December, when Cooper was governor-elect. And Jackson said another compromise bill appeared to have enough support from both parties last week, only to dissolve within days.

Cooper and other Democrats have been getting pressure from gay rights groups to accept a repeal of HB2 and nothing more, saying discrimination can’t be compromised.

Republicans, meanwhile, have been taking heat from social conservatives who want to keep HB2 on the books. Pro-HB2 forces have had a champion in Lt. Gov. Dan Forest, who this week wrote Republican legislators urging them not to succumb to a “new form of economic and corporate extortion” by the NCAA that others could use in the future against them on different legislative issues.

Forest, who won re-election in November and is a likely GOP candidate for governor in 2020, argues that without the law in place local governments could pass rules making it easy for male sexual predators to enter public restrooms designated for the opposite sex.

“On the bathroom issue, it will never be good public policy to allow men into women’s and little (girls’) bathrooms and showers,” Forest wrote to legislators. “HB2 guarantees that will not happen now.”