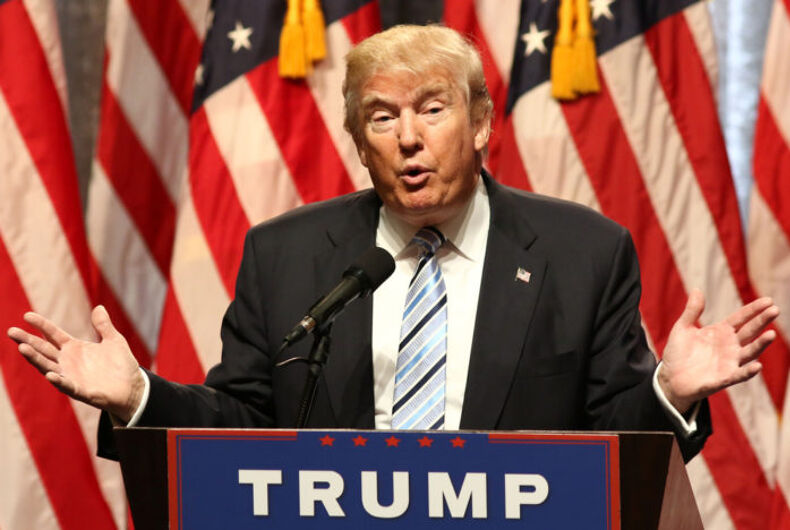 Donald Trump is expected to use the State of the Union address to promise an end to HIV transmission by the year 2030.

Four unnamed sources who are familiar with Trump’s speech told Politico that Trump will announce a plan that has been pushed by Secretary of Health and Human Services Alex Azar and CDC Director Robert Redfield.

Under the plan, health officials would spend the next five years focusing on communities with the most new HIV transmissions in 20 states.

Redfield, an HIV researcher, said at a CDC meeting last year that AIDS could be ended by 2025 with existing strategies like promoting the use of condoms.

Related: Trump is sending an HIV+ gay man to his death

The CDC estimates that around 1.1 million people were living with HIV at the end of 2015, although not all of those people were aware of it. 38,739 people were diagnosed with HIV in 2017.

The Trump administration has come under fire numerous times for its HIV/AIDS policy. He has proposed cuts to PEPFAR, which provides funding for HIV treatment, support, and prevention in at-risk countries.

In 2017, Trump fired the Presidential Advisory Council on HIV/AIDS without explanation.

The White House also reportedly took funding from the Ryan White HIV/AIDS Program to pay for its immigration policy.

And last year, the HHS started to curtail HIV/AIDS research in order to prevent the use of fetal tissue in science.

This extremely rare bird is half female & half male. Now it has a boyfriend.