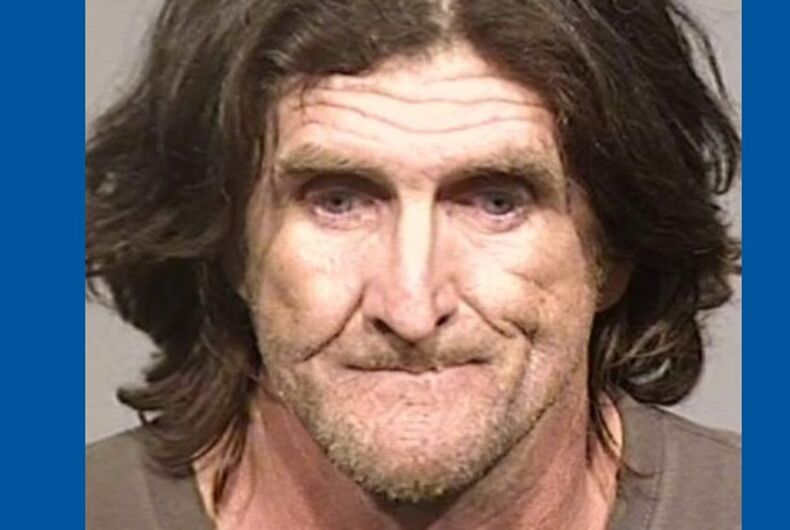 Vincent O’Sullivan is going to jail after threatening to blow up a Safeway grocery after a gay barista waited on him at the store’s Starbucks. O’Sullivan, 56, was previously convicted last year for repeatedly stealing the community’s pride flag from the town plaza.

After barista Hank Dixon Myers tried to engage O’Sullivan in small talk while he prepared his drink, O’Sullivan apparently lost it. He started calling Myers anti-gay slurs and cursing at him according to the local District Attorney.

He told Myers that he was building pipe bombs to blow up the grocery store, the Starbucks, the barista, and a sheriff’s office substation. He was arrested the same day.

O’Sullivan was convicted last year of stealing the town’s pride flag. While the rainbow banner was repeatedly taken, he was only convicted of one offense for the theft. He was sentenced to four months in jail and three years of probation in that case. He has already served the sentence.

The jury in his hate crime case was aware of his previous conviction. O’Sullivan did not deny he stole the rainbow flag, instead telling police it “offended him as well as others.”

The crime rattled the small community of Guerneville, California, described as “a haven of tolerance for people of all genders and sexual identities.”

He was taken into custody again after his conviction. He will be sentenced in early April.