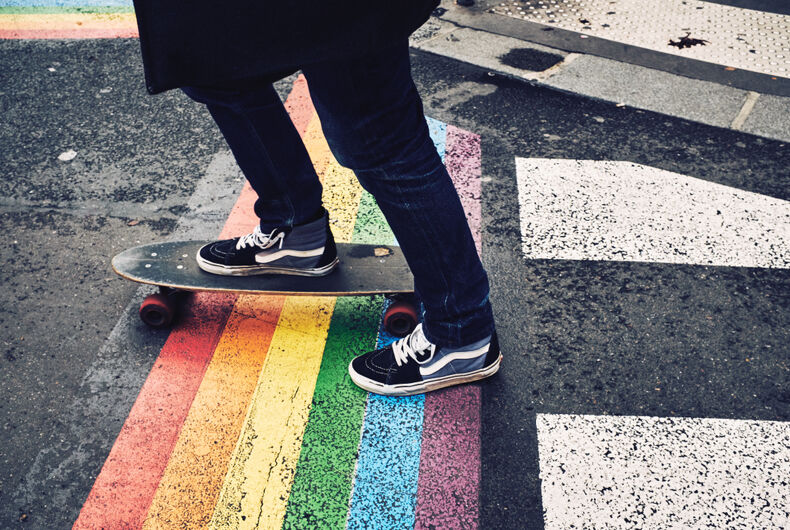 Often overlooked in both straight and gay circles, bisexual-identified people nevertheless make up a significant part of the population. The 2015-2017 Youth Risk Behavior Survey (YRBS) from the Centers of Disease Control and Prevention (CDC) reports that 7% of youth identify as bisexual, compared to 4% being unsure or questioning, and just 2% identifying as gay or lesbian.

For Bisexual Health Awareness Month, the Trevor Project has released a new look at the YRBS data from the Centers of Disease Control and Prevention (CDC), highlighting the suicide risks prevalent amongst bisexual youth.

Their findings are alarming: almost half of bisexual youth considered suicide as an option within the past 12 months, with 40% making an actual plan to take their life. 27% attempted suicide.

“Bisexual youth represent the largest proportion of LGBTQ high school students, and The Trevor Project’s analysis of the CDC’s YRBS data indicate that they are more likely to experience victimization, depressed mood, and suicide attempts than their straight, lesbian, and gay peers,” said the Director of Research for the Trevor Project, Amy Green.

66% of young bisexuals reported feeling sad or hopeless for two or more weeks in a row during the same time frame.

By comparison, 49% of those who identify as gay or lesbian felt sad or hopeless during the same period, as well as 46% of those who may have been questioning their sexual identity, and just 27% of heterosexual youth.

“These disparities are likely related to increased minority stress faced by bisexual youth who may be stigmatized by both straight and gay/lesbian communities.,” said Green. Enhancing youth coping skills and social support can mitigate the link between stigmatization and negative outcomes, which is why the Trevor Project’s crisis services operates 24/7 to provide that support to bisexual youth as well as all LGBTQ youth in crisis.”

If you or someone you know is feeling hopeless or suicidal, please consider contacting The Trevor Project’s TrevorLifeline 1-866-488-7386, chatting at TheTrevorProject.org/Help, or texting 678-678.