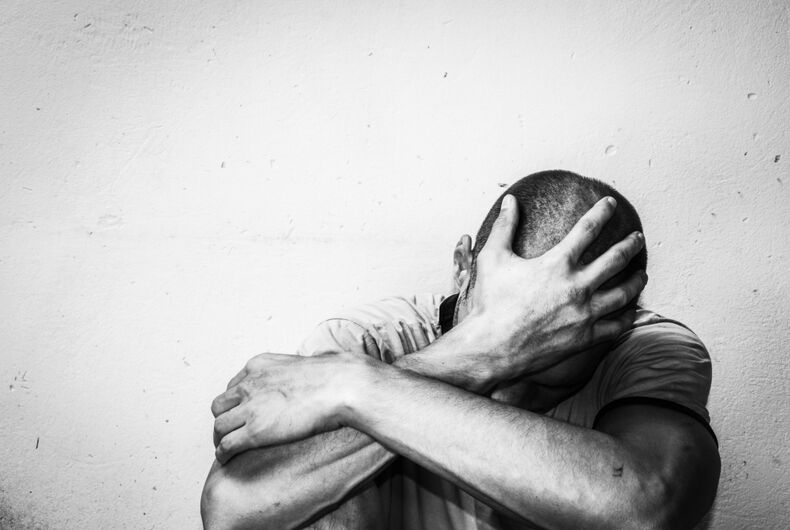 For many in the LGBTQ community, dealing with suicidal feelings are an all-too-common occurrence, and one that should give pause.

Now, a study published in the American Journal of Preventative Medicine is taking a closer look at LGBTQ people who have died by suicide and it reveals some surprising differences between our community and straight people.

Amongst the findings was this stark fact: young LGBTQ people are five times more likely to attempt suicide than straight people.

The study looked at the most common causes of death among those who took their own lives, finding that our community and straight people opt for different methods.  Straight men, for example, were more likely to use a firearm to end their lives, while gay men opted for hanging or strangulation.

Straight women opted for poison, while lesbian women chose either hanging, suffocation, or a firearm.

Both bisexual and transgender people were also prone to hanging, strangulation, or suffocation over other methods.

In the United States, firearms lead the way for most suicides.

Prior to death, LGBTQ people were more likely to report feelings of depression, or reported issues surrounding their partner, such as arguments.

Researchers caution on using their data to create a “one size fits all” solution.

“Although this study provides new information on suicides among gay male and lesbian decedents, it is important to remember the diversity that exists across and within sexual and gender minority groups when planning and implementing prevention activities,” reads the report.

“Suicide prevention programs developed or tailored for LGBT individuals can consider the risk factors that are most salient to the targeted population and how these factors may differ from non-LGBT individuals.”

The study looked at more than 120,000 suicides of people from age 15 and older, using National Violent Death Reporting System data from 2003 to 2014. Of that total, 621 were LGBTQ identified. The data covered 18 states.

“To the authors’ knowledge, this is the first study using data from a large, multi-state surveillance system to examine suicides among gay male and lesbian decedents across the lifespan,” reported the study.

If you are dealing with feelings of depression and suicidal thoughts, please consider reaching out. Here are a few places you can find help when you are in need.