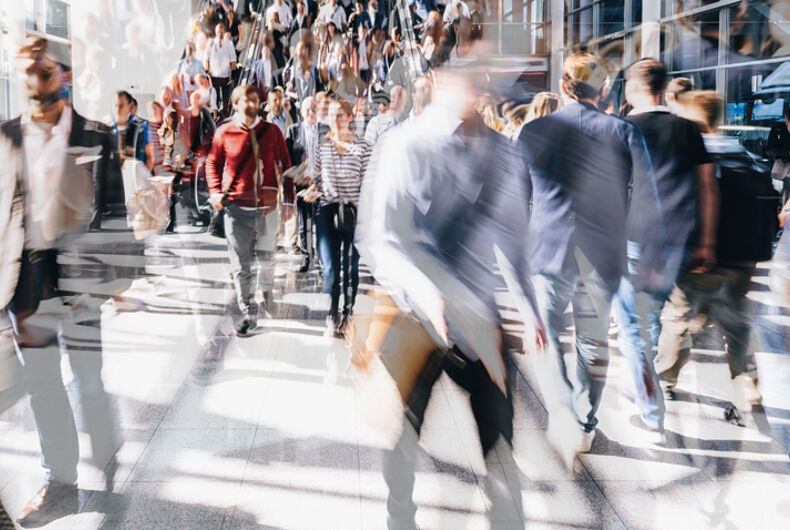 LGBTQ Nation focuses primarily on news and issues relevant to LGBTQ communities. Some of the writers, including myself, have taken criticism for writing articles “that don’t have anything to do with LGBTQ people,” as if we constitute a bone fide monolithic community of people.

We recognize, though, that we represent many voices in many varied communities. This poses exciting challenges as well as opportunities to further understanding between these communities.

Critical race theorist, Kimberlé Crenshaw, coined the term “intersectionality” or “intersectionalism” to apply to the multiple social identities and group memberships of each individual, and how these together impact peoples’ lives. Crenshaw originated the theory of intersectionality when examining the realities of black women’s lives as a core concept of women of color feminist theory.

Each person is composed of multiple identities that interconnect. Depending on time and location, some of these identities may seem more or less important to the individuals. Most people in most societies have some identities accorded more social privileges, while simultaneously having some accorded less privileges.

If we could somehow dismantle or eliminate one of the spokes, the wheel will, nevertheless, continue to trample over the rights and lives of individuals and entire groups of people based on their many intersectional social identities.

Rev. Dr. Martin Luther King Jr. spoke of a vibrant image of the “inescapable network of mutuality” that links humanity. Fannie Lou Hamer envisioned an inclusive model of social justice because she believed that “Nobody’s free until everybody’s free.”

Audre Lorde reminds us in her foundational essay, “There is No Hierarchy of Oppression,” that no specific form of oppression is systemically better or worse than the others on the individuals and groups affected.

“As a black, lesbian, feminist, socialist, poet, mother of two including one boy and member of an interracial couple,” Lorde stated, “I usually find myself part of some group in which the majority defines me as deviant, difficult, inferior or just plain ‘wrong’. From my membership in all of these groups I have learned that oppression and the intolerance of difference come in all shapes and sizes and colors and sexualities; and that among those of us who share the goals of liberation and a workable future for our children, there can be no hierarchies of oppression.”

Audre Lorde refers to the multiple forms (the spokes on the wheel) that oppression takes, which we as individuals and groups, our social institutions, and our larger societies, cultures, and planet of nations must work together to dismantle in our process toward a genuine socially just and liberated world.

As a concept in Critical Transgender Politics (CTR — a form of critical theory), Susan Stryker and Stephen Whittle, for example, imagine identity intersectionality something like a room with multiple sides with each side representing one of our many social identities. A floor to ceiling mirror has been attached to each of the multiple sides.

When we direct our gaze toward one side (mirror), we focus on one of our identities and the form of oppression under which it may fall. For example, we see that we are female living in a sexist society, and therefore, the ways society subordinates us.

Though we are facing this one mirror, we can simultaneously see in this mirror, reflections of differing angles of our other identities.

Let’s take another example. If we move our bodies to face another side (mirror), we can now perceive our racialized identity. If we are white, we can see that we have white privilege within a racist society that privileges white people and subordinates people of color.

The point of this metaphor is to demonstrate that all the forms of oppression are related and that they each impact our social identities.

There is a cultural, political, and economic war being waged by the political and theocratic right, a war to turn back all the gains progressive-minded people have fought so tirelessly for over the years. Until LGBTQ organizations and movements join in coalition with other communities working to end oppression, we will never achieve a genuine sense of community, and a genuine sense of equality will be wholly unattainable.

Bisexual youth are the most likely to be bullied & consider suicide