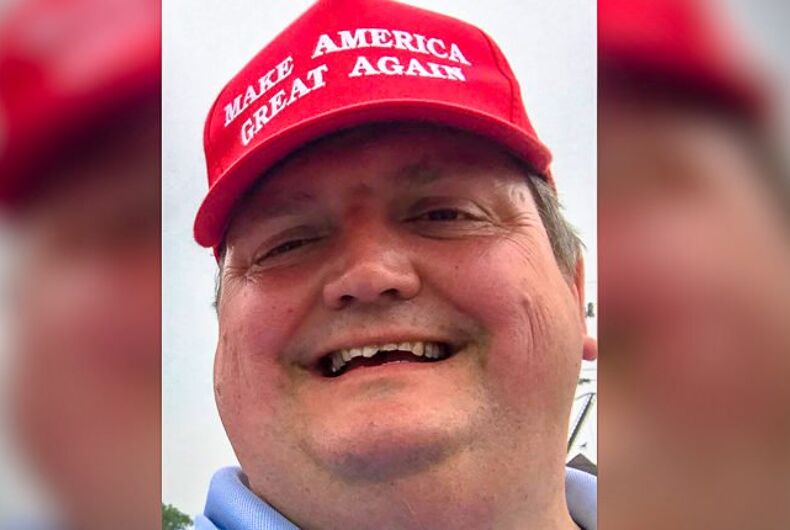 Cape Cod Republican politician Ron Beaty’s recent offensive tweet about gay politicians is so outrageous it has the leadership of both political parties condemning him.

Beaty, who has a history of inflammatory tweets and comments, has used the “Donald Trump defense” and refused calls to resign.

“Generally speaking, are gay politicians too self-absorbed and self-centered to adequately represent ALL of their constituents in a fair and equitable manner?” Beaty tweeted.

Beaty’s question comes shortly after state senator Julian Cyr and state representative Sarah Peake were both appointed to leadership positions in the legislature. Both are out politicians.

“I’m calling for Commissioner (Ron) Beaty to resign, I’m that upset,” Republican state representative Timothy Whelan told the Cape Cod Times. “I don’t even know what else to say.”

“I am disappointed to hear that Ron Beaty made such an uninformed statement regarding the value LGBTQ people bring to Cape Cod and our commonwealth,” Cyr said. “It appears he would prefer to spend his time as an elected official causing division and spreading disrespect.”

Peale told the outlet she didn’t want to “dignify Mr. Beaty’s statement with a response, other than to say it demonstrates the depth of his ignorance and homophobia.”

“There is no place in the public arena for this kind of talk, and we cannot condone such outrageous behavior,” Massachusetts Republican Party chairman James Lyons said.

“Ron Beaty’s comments on Twitter are abhorrent, and just the latest in a pattern of bigoted, sexist, xenophobic rhetoric, ” said Veronica Martinez, executive director of the Massachusetts Democratic Party.

“Unfortunately, Beaty and others like him have been emboldened by a state GOP that recently elected an anti-LGBTQ champion as its Chairman, and by a president who routinely advances discrimination and intolerance from the White House. Such hateful language has no place in Massachusetts or anywhere else.”

“Since I have done nothing wrong, then I have absolutely nothing to apologize for, and most assuredly will not consider resigning my position as Barnstable County Commissioner,” he later tweeted.

An armed white supremacist started screaming Nazi slogans in a coffeeshop. Police did nothing.