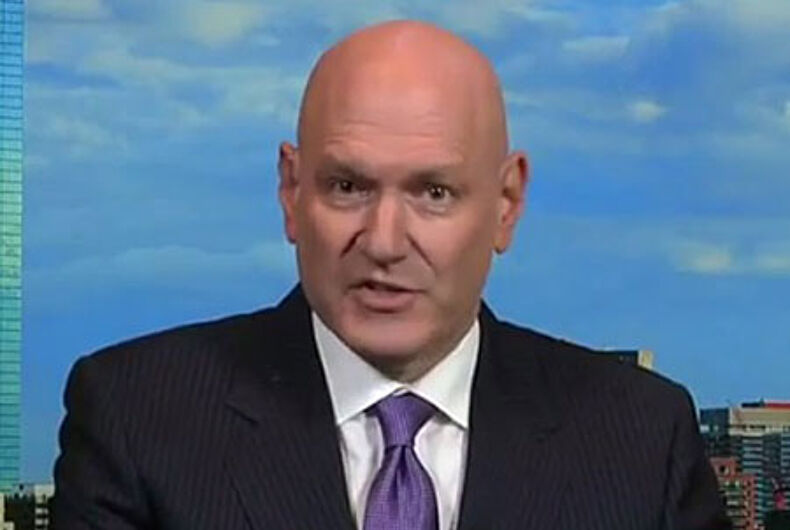 Fox News contributor Dr. Keith Ablow has been accused of misconduct by three female patients. The women say he lured them into sexually abusive relationships. All three are suing Ablow for malpractice.

The women say Ablow was supposed to be treating them for depressing but instead lured them into sexual relationships where he would beat them, humiliate them, and, in one case, convinced the woman to get a tattoo of his initials to signify his “ownership” of her.

“He began to hit me when we engaged in sexual activities,” one plaintiff, a New York woman, submitted in a sworn affidavit filed with her lawsuit. “He would have me on my knees and begin to beat me with his hands on my breasts,” she wrote, “occasionally saying, ‘I own you,’ or ‘You are my slave.’”

On Twitter, Ablow denied the allegations, saying “I look forward to the court proceedings and will continue to offer excellent care to any patient who needs my help.”

Ablow has a history of attacking LGBTQ people on the network. Ablow is one of the most prominent faces of Fox’s transphobia problem. He’s one of the network’s most vocal defenders of junk “ex-gay” therapy programs and lashes out against the American Psychological Association for being politically motivated whenever its stances don’t comport with his bigoted views.

Ablow garnered attention for declaring that “marriage died in 2013” because of gay people and polygamists.