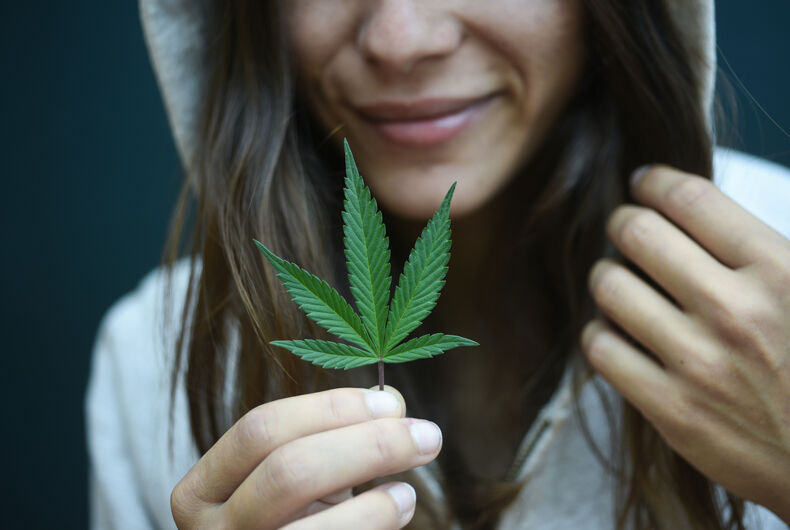 A recent study published by the psychology department of Louisiana State University found that sexual minority women (SMW) with post-traumatic stress disorder (PTSD) “have more intense symptoms and use cannabis at a greater rate” than heterosexual women with PTSD.

It was the first-ever study to examine how PTSD influences cannabis use between queer and straight women.

The study looked at 439 undergraduate women who reported a longtime cannabis use. Approximately 10.5% of these women (46 of them) self-identified SMW, meaning as LGBTQ, intersex or asexual.

The SMWs also reported “higher rates of certain types of trauma exposure than heterosexual women, including childhood maltreatment and sexual assault.” But despite the groundbreaking study, it’ll still be a while before federal drug policy catches up with cannabis’ health benefits.

In the early 1970s, then-President Richard Nixon outlawed cannabis and other drugs to criminalize anti-war protestors and communities of color. Though 32 U.S. states now have legalized cannabis for medical or recreational use, the U.S. federal government still considers cannabis a “schedule one drug” similar to heroin.

Thus, the the U.S. government’s official position is that cannabis has no scientific or medical benefits despite overwhelming evidence to the contrary that it can help treat PTSD, Alzheimer’s, epilepsy, glaucoma and arthritis. The government’s position forbids American medical researchers from using federal funds to study the drug, so there’s still a lot we don’t know about its potential uses.

People who live in states without legalized cannabis continue to face arrest, fines, prison time and a lifelong criminal record if they’re caught using or possessing it.

Did you spot this trans actress in the newest season of Netflix’s ‘One Day at a Time’?