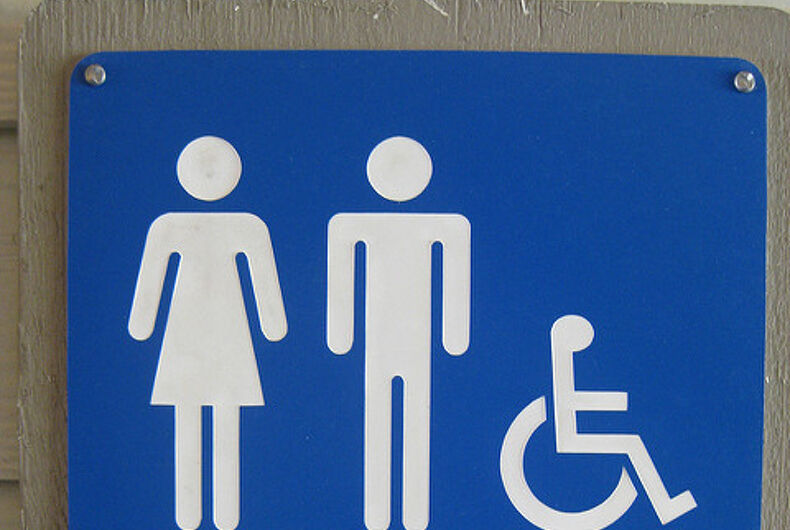 Republicans largely do whatever Donald Trump wants them to do, so it’s no surprise that the president’s declaration of a national emergency to build his beloved wall on the Mexico border is meeting with muted objections from party members. Still, even the GOP can’t deny the stakes involved here.

If Trump gets his way—a big if—he essentially clears the path for future presidents to do an end run around Congress using the flimsiest of excuses. That prospect has a few conservatives worried that a Democratic president would jump at the chance to institute all kinds of changes.

If the prospect of declaring a national emergency about transgender bathrooms strikes you as bizarre, you don’t live in the fever swamps of the right wing. Leading the charge there has been Rep. Matt Gaetz from Florida.

“I don’t want the next national emergency to be that some Democrat president says we have to build transgender bathrooms in every elementary school in America,” Gaetz said.

Gaetz is one of Trump’s loudest supporters in the House, which means he’s not necessarily the brightest bulb in the Congressional chandelier. He’s a fixture on Fox News, preferring to appear when he knows Trump is watching. His most recent attempt to grab the headlines backfired, when he called for the parents of teens killed in the Parkland School shooting to be removed from a hearing on gun violence.

Of course, the right wing has a long list of fears that a Democratic president may act upon, like climate change or the opiod epidemic. Transgender bathrooms is just red-meat for conservative evangelicals, but there’s every indication that nothing Trump does will ever bother them.

Ironically, Trump has already invoked a national emergency to attack transgender rights. The administration’s effort to ban transgender military personnel is currently mired in the courts, but Trump wants to circumvent the normal process there as well by skipping hearings in the lower courts and going directly to the Supreme Court. The administration argues that the move is necessary because allowing transgender military personnel is causing  “direct, irreparable injury to the interests of the government and the public.”

The argument for the Supreme Court to hear the case without waiting for the lower courts to consider it is generally invoked for—you guessed it—national emergencies.

“The Trump-Pence administration want to cut in line and forgo the normal process in which courts evaluate cases,” Peter Renn, an attorney at Lambda Legal, told NBC News.

Trump just wants to do what he wants to do. If Constitutional separation of powers or standard processes get in his way, he’ll just bulldoze right through them. When Republicans fret about what a Democratic president would do, what they’re really worried about is someone else acting just like Trump. You would think that would be enough to give them pause. So far, however, apparently not.