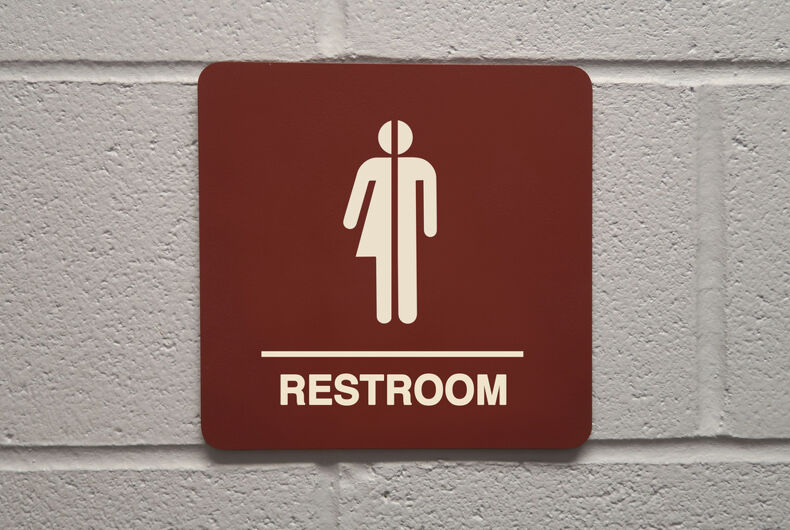 Incoming Texas House Speaker Dennis Bonnen has a long list of “to dos” — but there’s one issue he doesn’t want on his desk: anti-transgender “bathroom bills” like the one that stifled the Texas legislature during 2017.

“My intent is for the House to be focused on real issues like school finance reform, property tax reform,” said Bonnen to the Dallas Morning News. “And I would be very discouraged if we were distracted by an issue that could derail those significant challenges that we need to solve.”

The move is a change in tone from 2017, when Texas Governor Greg Abbott and Lt. Governor Dan Patrick pushed a bill to restrict transgender restroom access.

After the bill was blocked in the Texas House, Abbott called a 30-day special session that ultimately saw House leaders adjourn a day early without being able to pass the bill.

The move to pass a bathroom bill in 2017 came in the wake of a similar bill, HB2, passing in North Carolina. The fight over that bill eventually cost Pat McCrory the North Carolina Governorship.

Governor Abbott said during his reelection campaign that reviving the fight over bathroom bills is, “not on my agenda,” but was unwilling to speculate whether or not he would sign any future hypothetical bill restricting restroom access.

Patrick, meanwhile, claimed victory in the restroom fight, arguing that, “Sometimes a bill doesn’t pass, but you win” in a press conference with Abbott and Bonnen. He did not clarify how seeing his bill defeated in both the regular session and the special session constituted a victory.