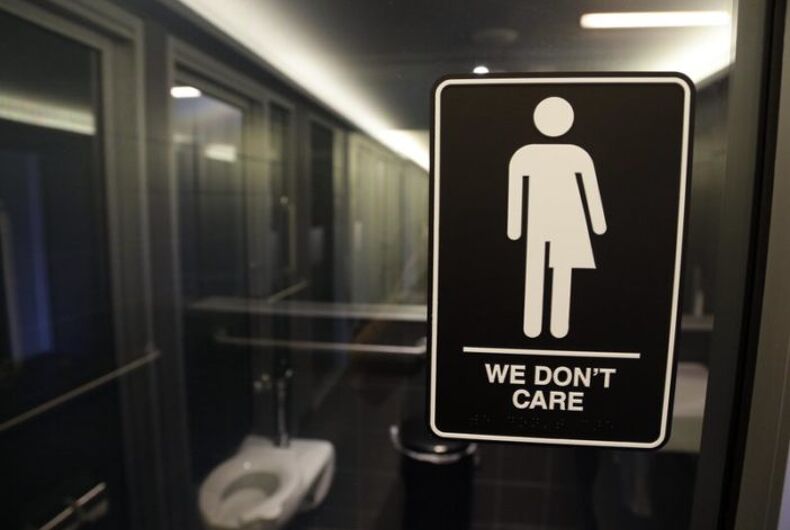 Netflix pulled production of a series that was supposed to be filmed in North Carolina because of the state’s infamous anti-LGBTQ law.

The series OBX hasn’t been officially announced, but Netflix already picked up ten episodes of the show and shooting was supposed to start in the spring.

But Netflix just couldn’t get past the state’s anti-LGBTQ laws.

HB2, which was passed in 2016, banned transgender people from using the appropriate restroom in government buildings. It also prohibited city governments from passing laws to protect LGBTQ people from discrimination.

After national outcry, North Carolina repealed parts of HB2, but kept the law’s ban on city governments passing LGBTQ-inclusive protections until the end of 2020.

The partial repeal was denounced by LGBTQ organizations at the time as “cynical” and “shameful.”

It’s the part about banning local governments from passing LGBTQ protections that became a stumbling block for Netflix, according to Pate, the creator of OBX.

Pate said that if North Carolina could repeal that part of the law sooner, Netflix might agree to let him shoot the series in the state.

“We have a tiny window where this could be pulled out of the fire,” he said. “If I get any sense that there is any effort to move the sunset date up, I think I could convince Netflix to change course.”

“This tiny law is costing this town 70 good, clean, pension-paying jobs and also sending a message to those people who can bring these jobs and more that North Carolina still doesn’t get it,” he said, noting that Netflix is expected to spend $60 million in the area where the series is shot.

OBX is about four teens in a fictional Outer Banks town who have to spend a summer without electricity and phones because of a hurricane.

But Pate is now scouting places in South Carolina where the show could be shot.

“This show would be a postcard to North Carolina,” he said.

The mysterious case of J.K. Rowling & her transphobic Twitter history