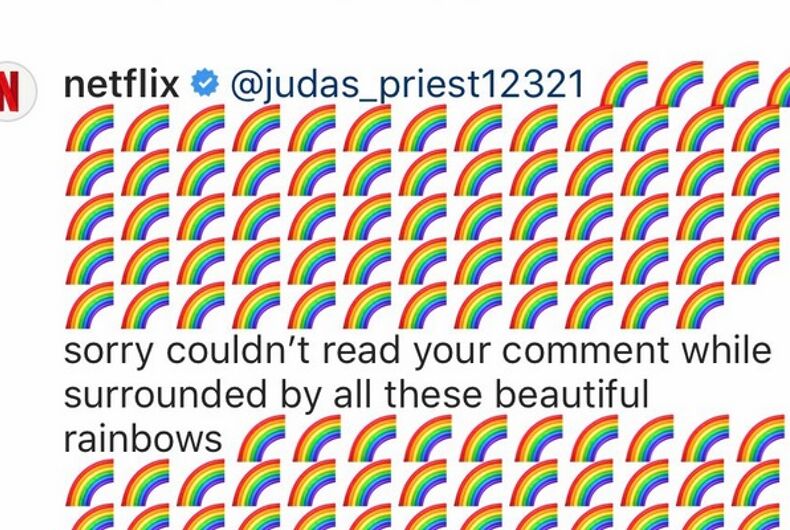 Netflix responded to a homophobe with a bevy of rainbows.

Last week, the new series Elite premiered on Netflix. The Spanish teen drama includes a gay story, which was highlighted in an Instagram post.

The only thing I want is to be with you. #Omander

One Twitter user who goes by @judas_priest12321 was particularly upset that there were gay people on a show that he probably hadn’t even seen yet.

He tweeted, “Get the fuck off my Instagram. Not ever person on the planet is gay. You are trying way to hard.”

Netflix responded with a short message: “sorry couldn’t read your comment while surrounded by all these beautiful rainbows,” which was surrounded by dozens of rainbow emoji.

I despise ignorant fucks like Judas.
Don’t be a Judas. pic.twitter.com/e7ZvzFeqpL

Republicans are abandoning Congressional races due to lack of money