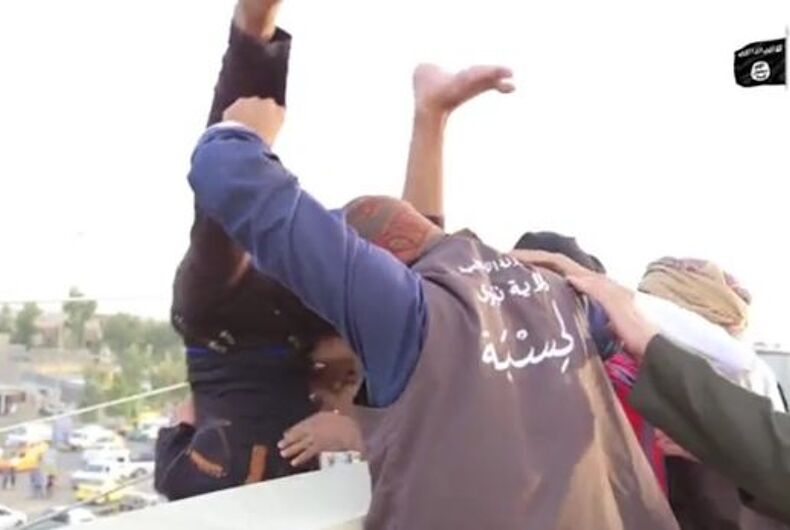 The building used by ISIS to execute men accused of being gay is being destroyed.

The seven-story National Insurance Company building in Mosul, Iraq, has been deemed too damaged to keep, and workers are already removing rubble from the site, according to the AFP.

Mosul, which had a population of nearly two million at the outset of the war in Iraq, was captured by ISIS forces in 2014. While they held the city, men who they deemed had violated Islamic law were thrown from the seven-story building and videos of their deaths were disseminated online and through the media.

In 2017, the city was captured by joint Iraqi, Kurdish, American, and French forces and in July of that year it was declared liberated by Prime Minister Haider Al-Abadi.

The building was designed by architect Rifat Chadirji in the 1960’s and was regarded as a good example of modern Iraqi design. It had projected windows reminiscent of mashrabiya.

“It’s prone to collapse because of the rockets, shelling, and explosions that hit it and destroyed large parts of it,” said municipal official Mohammad Jassem.

“A committee was formed to study the building and assessed it was no longer viable, and that any restoration at this stage would be futile.”

“I was born in Mosul,” University of Baghdad architecture professor Ghada Rzouki said. “In my view, there are many other religious and heritage sites that no one is paying attention to but which should be protected.”

The building is likely to be replaced by a government building. There are no plans to set up a memorial to the victims of ISIS on the site.