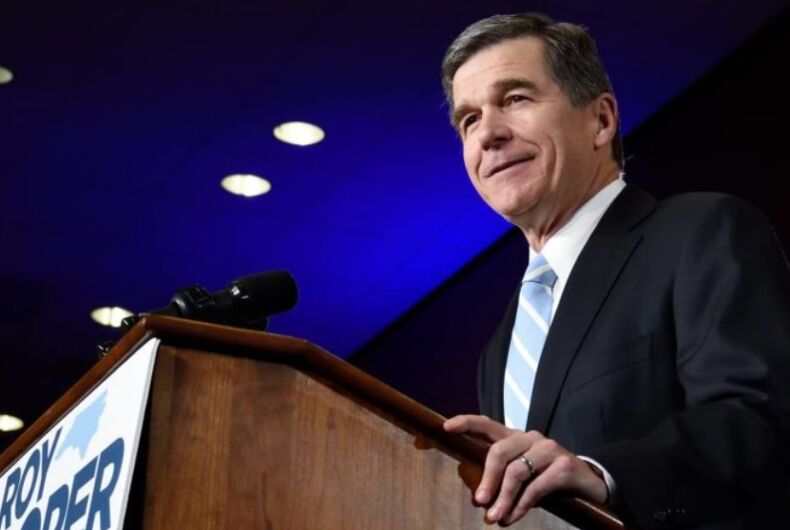 North Carolina is currently the only state that does not allow same-sex partners to get protective orders in cases of domestic violence. But lawmakers are looking at changing that.

North Carolina’s law on protective orders allows them for a list of relationships, including current or former spouses, children, and parents.

“Folks who are in abusive relationships are in quite precarious situations,” said ACLU lawyer Chris Brook.

“And to seek protection and then be told you can’t get that protection, because of who you are, re-victimizes that person. That’s traumatic in and of itself.”

While LGBTQ people can press criminal charges for domestic violence in the state, protective orders are useful since they can be issued faster and in civil court.

Also, protective orders allow judges to take custody of children away from an abuser, which is useful in reducing contact. Judges can also use the orders to take away an abuser’s guns.

The issue came up this past May when a woman, who has not been identified in the media, tried to get a protective order against her ex-girlfriend. Two different judges denied her request because her ex wasn’t of the opposite sex.

She ended up getting a different kind of no-contact order. But since it isn’t a protective order, the judge couldn’t do anything about the woman’s ex-girlfriend’s guns, which she allegedly used to threaten the victim.

Now she’s appealing the decision, arguing that the law violates her right to equal protection. The ACLU is helping her appeal, and Equality North Carolina filed a brief in support.

The victim has also received support from elected officials. North Carolina Attorney General Josh Stein filed a brief to support her, and he called the law unconstitutional.

And Governor Roy Cooper (D) has filed a request to join her argument.

Stein has called for the legislature to change the law. He said that it’s an idea that Republicans could get behind, since Republicans in three other states – Louisiana, Montana, and South Carolina – all updated their laws on protective orders to include same-sex relationships.