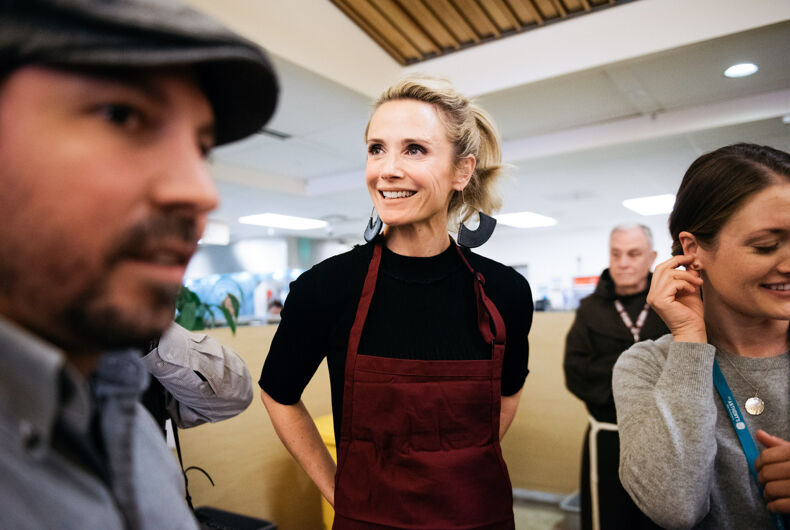 California isn’t going to have a First Lady for the next few years. Instead, the governor’s wife has chosen to be called “First Partner.”

Gavin Newsom was sworn in as governor this week, and his wife Jennifer Siebel Newsom updated her social media bios to reflect a gender-neutral title.

The governor’s website also refers to her as the First Partner.

The new term “opens up the opportunity for any couple to really step in, and that’s exciting to me,” Siebel Newsom told Politico.

She also said that it was important “because we’re going to have a female governor someday soon.”

Siebel Newsom is a documentarian who has released several movies about gender equality. In 2011, she made Miss Representation, about the representation of women in the media, and in 2015 The Mask You Live In, which is about toxic masculinity, came out. Both were at the Sundance Film Festival.

California has never had a female or a gay governor, so it hasn’t had the opportunity to use the “First Gentleman” title that other states have used.