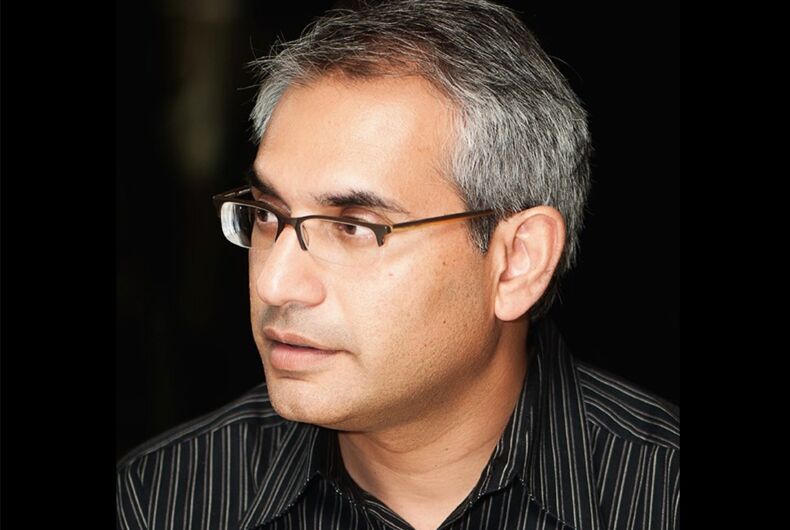 Texas Republicans are not known for being sympathetic of minorities, but the Tarrant County GOP may have raised the bar on intolerance.

The Dallas-area GOP may vote today on whether or not to remove Shahid Shafi, a trauma surgeon, from his position as vice-president of the local party. Why? Because he’s a Muslim.

“This is, unfortunately, not the first time that people or my political opponents have tried to use my religion against me to distract the voters,” Shafi told the Washington Post. “And unfortunately, I don’t think it will be the last either.”

Shafi, who became a naturalized citizen in 2009, is in the same position as LGBTQ teachers and counselors who work for Catholic schools. They seem surprised to find out they aren’t wanted, despite being sent a very clear message that they aren’t welcome.

Shafi has been accused of being part of “Islamic terror groups,” and has been forced to deny the connections.

“Here are the facts. I have never had any association with the Muslim Brotherhood nor [the Council on American-Islamic Relations] nor any terrorist organization,” he wrote in an open letter to party officials. “I believe that the laws of our nation are our Constitution and the laws passed by our elected legislatures — I have never promoted any form of Sharia Law. I fully support and believe in American Laws for American Courts.

“I am honored to be an American and a Republican,” he concluded.

Still, Darl Easton, the Tarrant County GOP Chairman who appointed Shafi to his role, is standing behind his pick. Easton says O’Brien and other activists’ effort to oust Shafi “is about religious prejudice.”

“[Shafi’s] very active with the party, but most of the people don’t even care about what he’s done,” Easton said. “Most of them already have a prejudice against Muslims, and a lot of that comes from the attack on 9/11 and the Shariah law they claim all Muslims must obey.”

Several prominent Republicans like Senator Ted Cruz are standing behind Shafi despite their nonstop attacks on Muslims themselves. The state party’s GOP executive committee passed a non-discrimination resolution that affirms and supports “all Americans’ right to practice their religion … and recognizes the contributions of Republicans of every faith who advance conservative policies and ideals.”

Unless, of course, your religion isn’t Christianity. Feel-good statements like the one issued by Republican leaders mean nothing when they’re also insinuating that most Muslims are terrorists and should be banned from entering the country.

Cruz, for example, has been a vocal proponent of Donald Trump’s decision to ban people from mostly predominately-Muslim countries from entering the United States.

As a Republican party leader, Shafi has worked to ensure the state party best known for its anti-women, anti-LGBTQ, and anti-Muslim attacks stays in power.

You lie down with dogs, you get up with fleas.