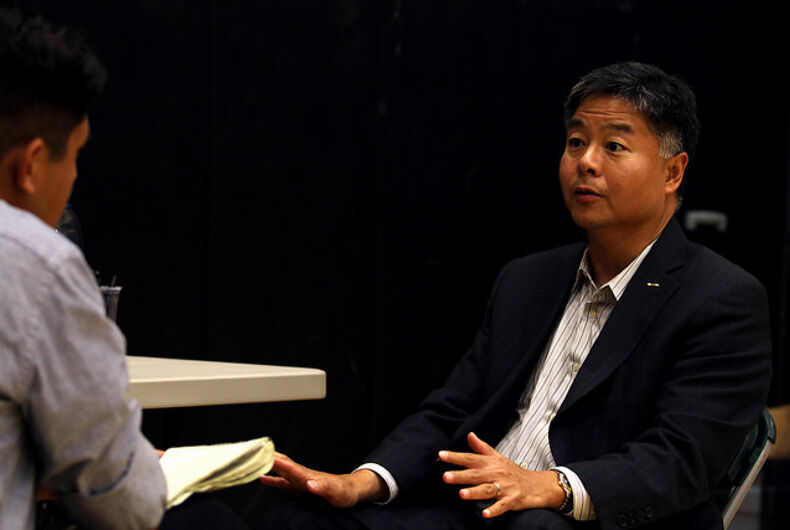 California Democratic Rep. Ted Lieu is donating $18,500 in campaign contributions to civil rights organizations after the donor has come under scrutiny after another young man died at his home under mysterious circumstances.

Lieu received $18,000 from Ed Buck, a major Democratic donor, who is being investigated following the second death at his home since the summer of 2017. A man was found dead at Buck’s home in West Hollywood, California, early Monday morning.

The deceased has been identified as 55-year-old black man, Timothy Dean.

In July 2017 a man identified as Gemmel Moore, a 26 year old black gay man, fatally overdosed in Buck’s home. Buck, 64, was with the men at the time of both incidents.

Nixon said the wealthy older man has a fetish for drugging black gay men. She said he used her son, who was doing sex work at the time, to meet other guys.

“[Buck] would have my son go out to… Santa Monica Boulevard looking for young gay black guys so he could inject them with drugs, see their reaction and how [they] would react and take pictures of them.”

She went on to say, “He would supply heroin, meth and other drugs to him to smoke or use with a needle,” she alleges.

“Buck would pleasure himself at the sight of my son using drugs.”

The Los Angeles police department is leading an investigation into Dean’s death as well as looking into the 2017 death again to get to the bottom of what’s happened.

In a statement on his website, Lieu said he was “deeply disturbed by the latest revelations” of a second death at Buck’s home. Lieu said he will donate $5,000 each to Lambda Legal and the NAACP; $3,000 each to GLAAD and The Trevor Project; and $2,500 to Equality California Institute.

Local activists have been protesting this week and are saying that another dead black man at Buck’s apartment shows that law enforcement officials need to prosecute the dangerous West Hollywood activist.