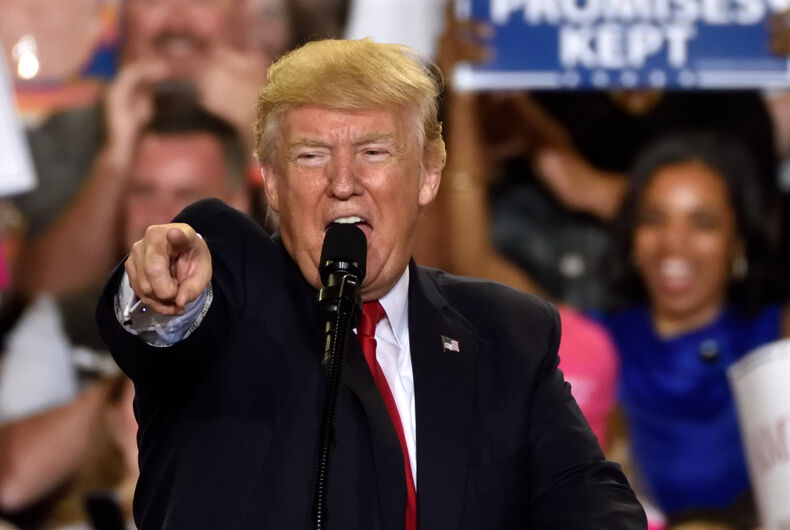 You’ve probably heard of “The Trump Effect” in which young people mimic Trump’s abusive words and actions against their peers. Well, a recent study of Virginia public school students has revealed that areas which voted for Donald Trump in the 2016 U.S. presidential election have higher rates of bullying than counties which voted for Hillary Clinton.

Researchers looked at two surveys of over 150,000 Virginia school students administered in 2015 and 2017. Specifically, researchers focused on student responses to questions about bullying and teasing.

According to NPR, the researchers “found higher rates of bullying and certain types of teasing in areas where voters favored Donald Trump over Hillary Clinton in the 2016 election.”

Seventh- and eighth-graders in areas that favored Trump reported bullying rates in spring 2017 that were 18 percent higher than students living in areas that went for Clinton. They were also 9 percent more likely to report that kids at their schools were teased because of their race or ethnicity.

The researchers say their study doesn’t blame Trump for increased bullying, but rather suggests a possible correlation between voter preferences and bullying.

Related: Why Melania’s anti-bullying campaign should focus on LGBTQ youth

But this isn’t the first study to suggest that Trump’s election has worsened school bullying, especially forLGBTQ students.

In January 2017, the Human Rights Campaign (HRC) released a study of 50,000 school-aged youth between ages 13 through 18. It found that 70 percent had witnessed bullying—including hate messages and harassment—throughout the campaign and immediately after Trump’s election.

Of that 70 percent, 79 percent said bullying had increased at their schools after Trump began running. This is particularly troubling since rates of bullying for LGBTQ students were already disproportionately high.

Vast numbers of young people also reported feeling nervous and hopeless post-election, with almost half of LGBTQ youth saying they have taken steps to hide who they are by delaying coming out, dressing differently or questioning their plans for the future. Hispanic and African American young people also reported changing their appearances and routines out of fear of harassment, and Muslim, Jewish and Hindu youth all described concealing symbols of their faith to avoid being targeted.

There was one encouraging finding from HRC’s study however. About 57 percent of the students surveyed said that they felt increasingly motivated to help people in their community since the election. So even if bullying has increased, so too perhaps has an impulse to help others out.