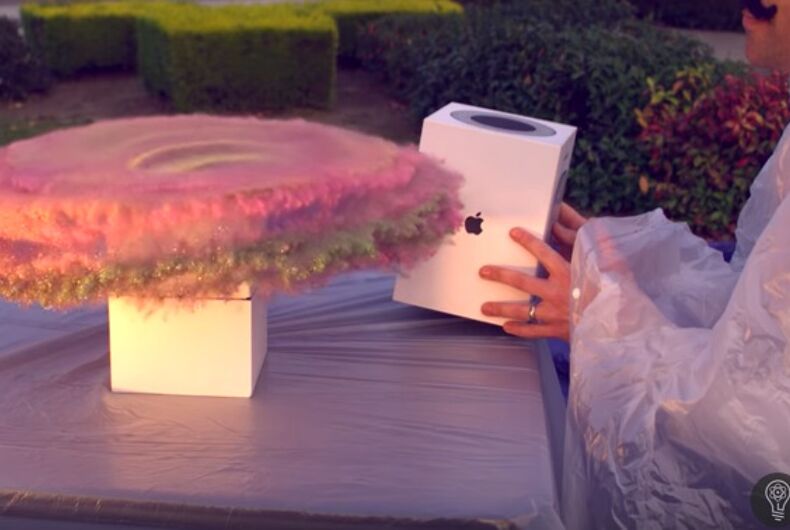 When engineer Mark Rober got his packages stolen, he turned to the police for help. But when they told him it wasn’t worth their time and effort to do anything about it, he knew he’d need to get his own revenge.

And that’s exactly what he did.

Rober and a friend spent months creating an elaborate machine that not only released a huge cloud of glitter, but also sprayed fart smell everywhere. Oh, and it included multiple phones that would record the thieves reactions and upload it to the internet.

You’ll die of laughter watching these people get exactly what they deserve.

The transgender Miss Universe contestant got a standing ovation