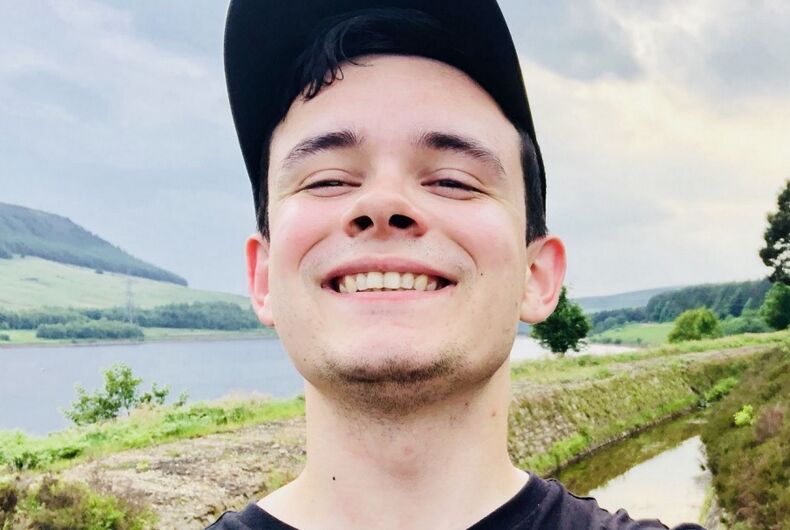 A gay man’s response to homophobia with glitter has gone viral on Twitter.

In an essay on Medium, Nick Hurley of Manchester, UK, explains that he was walking home this past Friday after work to get ready for a trip down to Brighton for Pride. On his way, he had already picked up some glitter.

As he was walking home, though, some boys in a car shouted “faggot” at him.

So, since traffic was particularly bad that day, Hurley was able to catch up with them at an intersection and he threw a tube of glitter into their car.

If you think it’s okay to shout “faggot” at me out of your car window while you drive past, then I think it’s okay for me to empty a tube of glitter through that window when you stop at the traffic lights.

Your casual homophobia has supergay consequences. 😘💅

Hurley wrote that this isn’t the first time he has been on the receiving end of hate in Manchester.

“Death threats, a glass bottle to the head, being thrown off my bike, and getting a brick through the window of my home are just a handful of the recent prices I’ve had to pay for being out and gay,” he wrote.

“There is a link between gay people being shouted at on the streets and the escalation to more serious hate crimes.”

In a follow-up tweet, Hurley specified that he used biodegradable glitter.

The religious right is praying for Brett Kavanaugh’s confirmation… literally