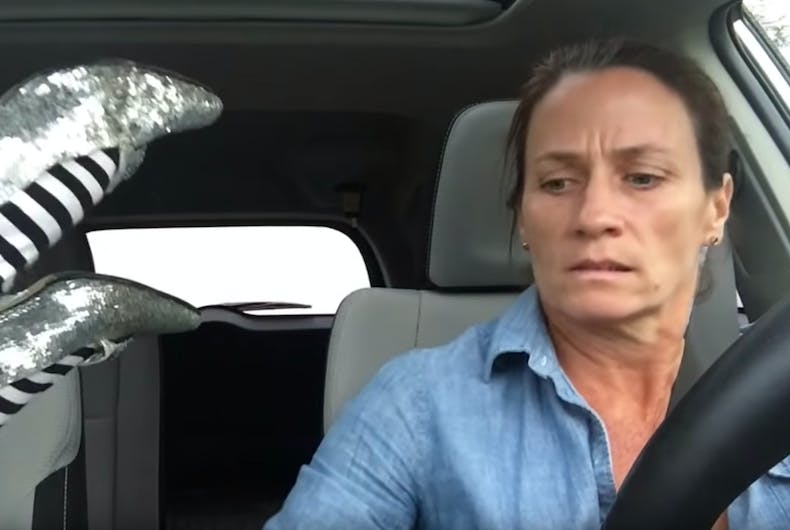 Move over James Corden, because you have a brilliant “Carpool Karaoke” challenger in Colin O’Leary.

O’Leary took to the passenger seat of his mother’s car to lip synch along with more than two dozen Broadway hits, from Hamilton to Rocky Horror, and a total of eight clips from Phantom of the Opera alone.

Not content to just belt out Broadway, O’Leary brings his own inventive costuming, makeup, and even props to the party: you’ll never see The Lion King in quite the same way after seeing how he reimagines the humble giraffe!

Watch it just below and stay tuned: O’Leary is already getting ready for Act II!