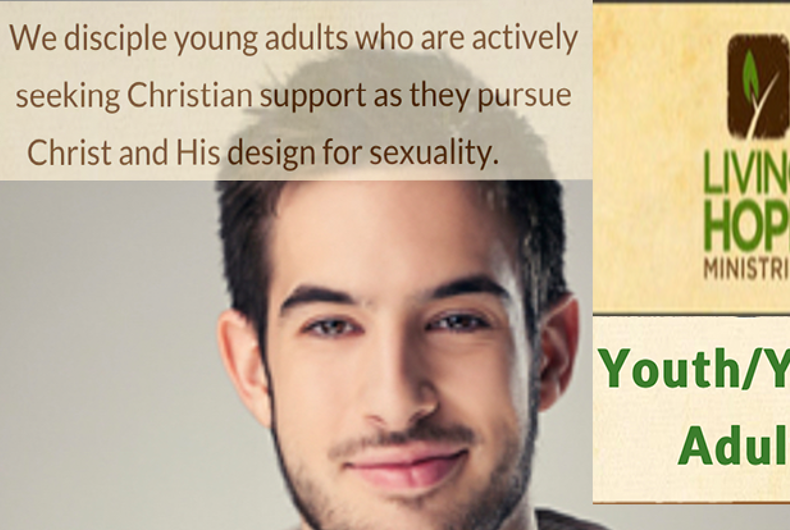 Update: The app has been removed now.

“We thank Apple for exemplifying corporate responsibility and taking swift action to remove a dangerous app that stigmatizes and demeans LGBT people,” said Truth Wins Out Executive Director Wayne Besen. “Ex-gay programs are consumer fraud and cause significant harm to the people they purport to help.”

A petition has been launched to remove an app from the Apple Store that promotes conversion therapy.

The organization Truth Wins Out started a petition to get Apple to remove an app called Living Hope Ministries.

“The app falsely portrays being gay as an ‘addiction,’ ‘sickness, and ‘sin,'” the petition says.

“The American Psychiatric Association warns that attempts to change one’s sexual orientation can lead to ‘anxiety, depression, and self-destructive behavior,’ including suicide. Why would Apple allow its online store to be used as a platform to promote such dangerous, homophobic garbage?”

The free app, which is also available through the Google’s, Microsoft’s, and Amazon’s app stores, contains links to articles that promote conversion therapy.

One article – listed under “Youth/Young Adults” – has the title “Keys to Recovery from Same-Sex Attractions.” It tells readers to stop thinking about sex, to throw away anything that reminds them of their LGBTQ friends, and to find at least three “accountability partners” – people who can be called whenever the reader feels tempted.

Oh, and they specify that you should only meet your their accountability partners in a public location in order to “avoid many of the pitfalls that can happen, often unintentionally.”

That is, Living Hope Ministries knows that there’s a significant risk that two ex-gay people who meet in private might end up having sex, which is just an odd thing that happens for no reason at all….

The petition has 342 signatures so far.

In 2011, the Apple Store pulled an app from Exodus International, an organization that promoted conversion therapy. Truth Wins Out said that that happened after a petition to remove the app got 150,000 signatures.