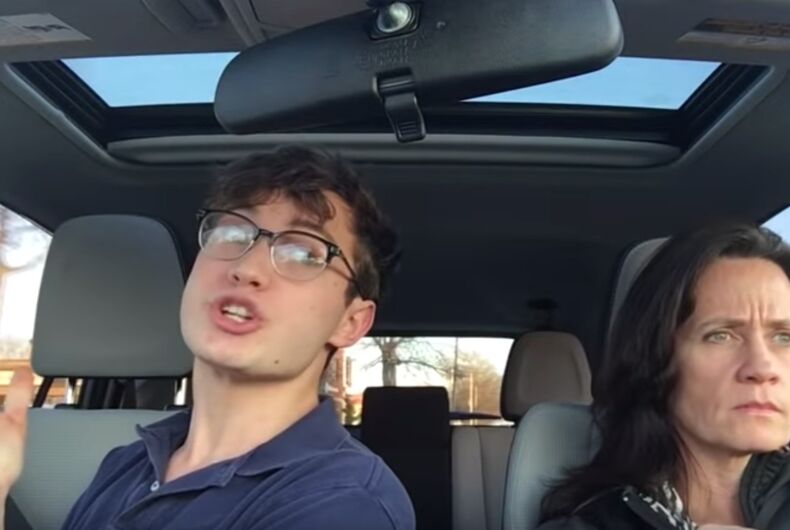 Colin O’Leary went viral with a video of himself performing showtunes in the passenger seat of his mom’s car and now the the teen is back with a second installment.

Part of the hilarity was his mom, Carol’s, nonplussed demeanor as she navigated the car through the streets without appearing to notice O’Leary’s antics. Her reprisal of her role isn’t quite Tony worthy, but it’s definitely an award winning performance.

Watch the video and see if you can keep a straight face.