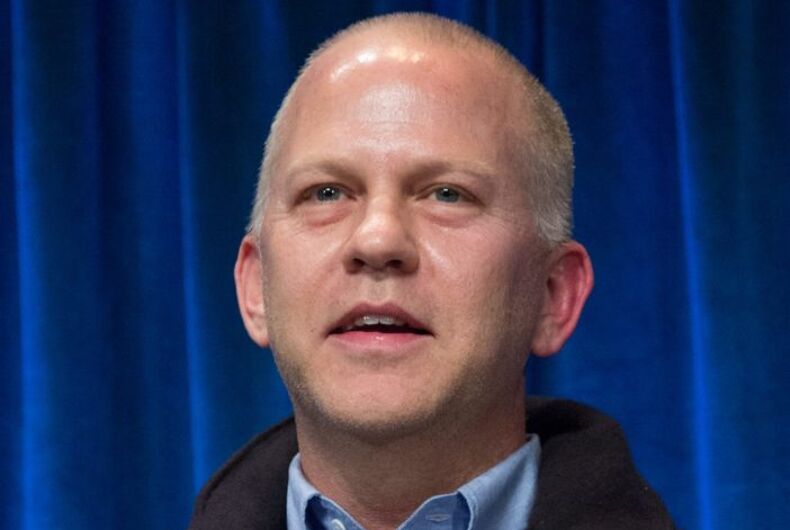 Screenwriter Ryan Murphy is setting up a fund to get anti-LGBTQ politicians out of office.

In a speech at the TrevorLIVE gala in Los Angeles this weekend, Murphy said that the multi-million dollar organization will “target anti-LGBTQ candidates running for office.”

“I want these hateful and wrong politicians to go and to stop polluting our moral and ethical ether. Based on this fall, I think it’s now possible to create a movement to protect and nourish our own.”

Who will Murphy be going after? He listed twenty specific members of Congress who will be up for election in 2020 – including Senator Susan Collins (R-ME), Senator Mike Lee (R-UT), Representative Steve King (R-IA), and Senator Lindsey Graham (R-SC) – as politicians “who think they can get votes by hurting and discriminating against us.”

“Let’s show Rep. King that the Queens are not having it,” Murphy said.

Related: TV writer Ryan Murphy said his dad ‘beat me bloody with a belt’ when he came out

Murphy, who is perhaps best known for his work on Glee, American Horror Story, American Crime Story, and Pose, also donated $50,000 to the Trevor Project.