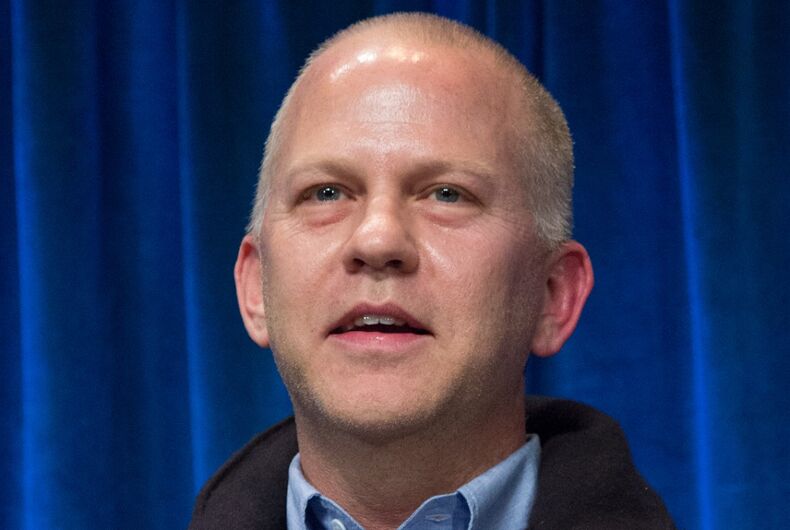 Television writer Ryan Murphy talked about how his personal life affected his new series, Pose, with the Television Critics Association.

Pose is a series about New York City’s ballroom culture in the 1980’s. The show will make history with the largest cast of transgender actors in regular roles for a series.

Describing a scene where “a father finds out his son is gay and beats him bloody with a belt,” Murphy said, “That happened to me.”

“That was my coming out experience with my father,” he said. “He’s dead now.”

Murphy said that the casting of the show was emotionally fulfilling.

“My job was to ask questions,” he said. “I was constantly corrected by these wonderful people. I don’t have a lot of people who tell me no. I was told no 50,000 times a day.”

Speaking of the casting of transgender actors, Murphy said it was “wonderful” to tell actors “who never thought they would fit in the room or be allowed in the room, ‘No, you are in the room now.'”

He said that he feels a responsibility to help transgender people because of the fast progress on gay rights made in the last several decades.

“I can’t believe my life and can’t believe that things have changed so radically in my lifetime,” he told reporters, saying that he wants to support “people who still don’t feel included.”

The first season of the series will debut this summer on FX with eight episodes.

Did Southwest Airlines kick out a couple because they’re gay?