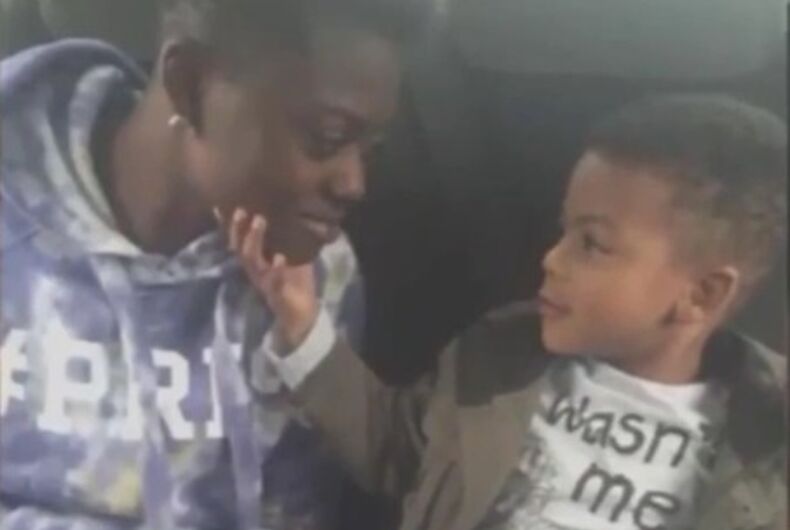 Kerrice Lewis with her ex-girlfriend's son.Photo: Media image, via the Huffington Post

Kerrice Lewis, 23, was murdered in late December in Washington, D.C.

On December 28, D.C. police responded to calls about a shooting in Southeast Washington and found a car on fire.

After D.C. Fire and Emergency Medical Services arrived and put out the fire, police found Lewis dead with multiple gunshot wounds in the trunk of the car.

Witnesses said that they heard her screaming as she tried to escape from the trunk of her own car.

Mercedes Rouhlac, Lewis’s ex-girlfriend, said that they still talked every day. “No matter what, she still loved me and my son,” Rouhlac said.

Lewis was an orphan. In 2005 her mother died from a brain aneurysm, and in 2006 her father was shot on his porch in D.C.

She was raised by her grandfather William Sharp since she was eleven.

“She was free-spirited and a lot of fun,” Sharp told the Washington Post. “She would light up a room, just talking and laughing.”

D.C. police do not know the motive of the crime and have not made any arrests. D.C. Police Chief Peter Newsham suggested that the murder may be linked to two other homicides that occurred in D.C. on the same day.

TV writer Ryan Murphy: My dad ‘beat me bloody with a belt’ when I came out