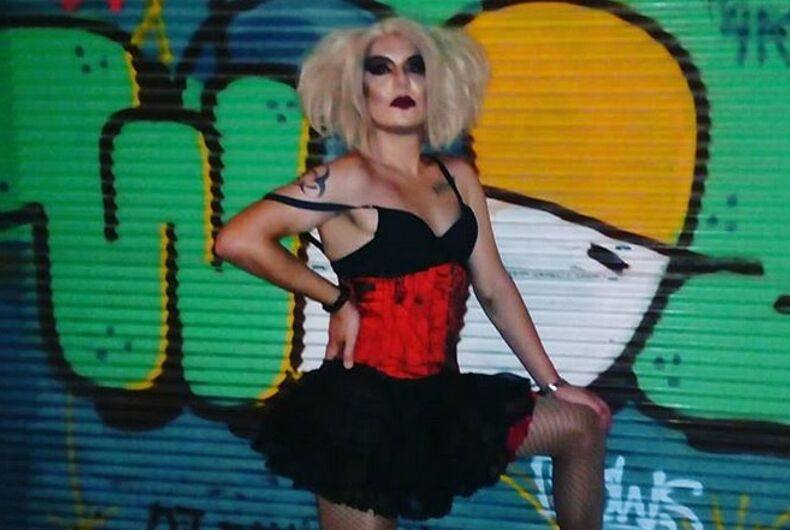 Four police officers have been charged with inflicting fatal bodily harm in connection to the death of LGBTQ activist and drag queen Zak Kostopoulos.

Video of Kostopoulos’s death surfaced in September, as he tried to get out of a locked jewelry store in Athens and was beaten by the store owner and a bystander.

Police arrived and handcuffed Kostopoulos who was on the ground and bleeding, and witnesses said that police officers and other bystanders kicked him.

He was taken away in a stretcher but died before reaching the hospital.

Related: Two men were thrown into the sea in a brutal hate crime during Pride

Before the video surfaced, the police officers said that Kostopoulos was a drug addict who was trying to rob the jewelry store. The video showed otherwise, and the store owner was arrested after the video went viral.

The autopsy showed that Kostopoulos died of cardiac arrest as a result of the brutal beating. The toxicology report found no drugs or alcohol in his body.

In court on Monday, the police officers were charged with inflicting fatal bodily harm because they caused the victim injuries that led to his death.

The police officers deny the charges, and they have until December 12 to prepare their defense statements.

Kostopoulos’s family said through their lawyer that they want the charges changed to intentional murder and that they’re planning to sue the police department.

Punk is not dead and sluts do it better.