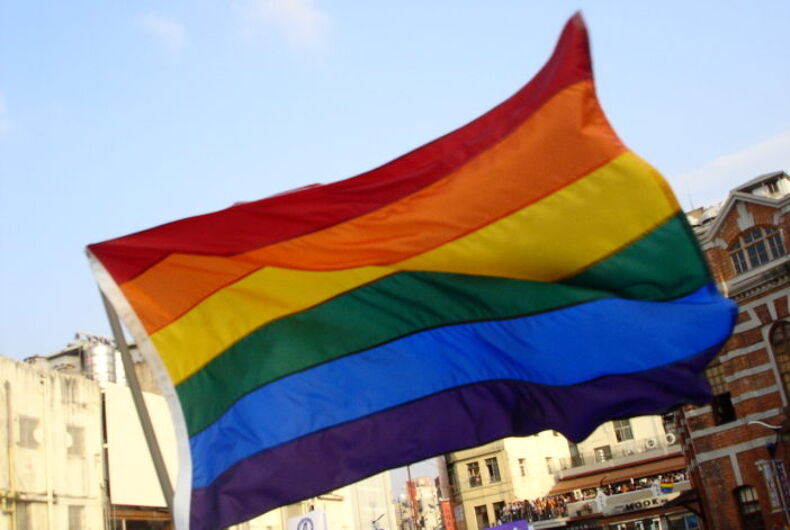 A city council in England adopted a new term for LGBTQ people: LGB&T.

The Middlebrough Council voted to add an ampersand to “LGBT” to make a visible distinction between sexual orientation and gender identity.

A report released by the council’s Adult Social Care and Services Scrutiny Panel said that “LGBT” was originally used because it was “arguably the most generic and commonly used” initialism for queer identities.

“Following information received at the 5 September 2018 meeting, and in reflection of some of the previous research (e.g. Government Equalities Office, 2018), the panel opted to replace use of the LGBT acronym with LGB&T (Lesbian, Gay, Bisexual and Transgender),” the report said.

“I think there’s a discussion to be had and I think it’s currently not being had,” said Ellie Lowther of the organization TransAware.

“Middlesbrough are ahead of the curve in this respect.”

Related: How the word ‘homosexual’ faded from use

The decision came after the panel investigated whether the term “LGBT” was dated, and considered alternatives like “LGBTQ+” and “LGBTQQIP2SAA.”

Longer initialisms, though, were called “ridiculous” by Lowther.

“We’ve got to come up with some better way in which to refer to ourselves,” DeLaria said on the podcast Ways to Change the World.

“I use the word ‘queer’ because I think it’s all-encompassing, and I think the alphabet soup points out our differences instead of our shared oppression. And I think it’s part of the reason why we have become so disenfranchised. We’re like a factioned off community, factioned off individuals, that don’t trust each other, and we need to come together as a group.”