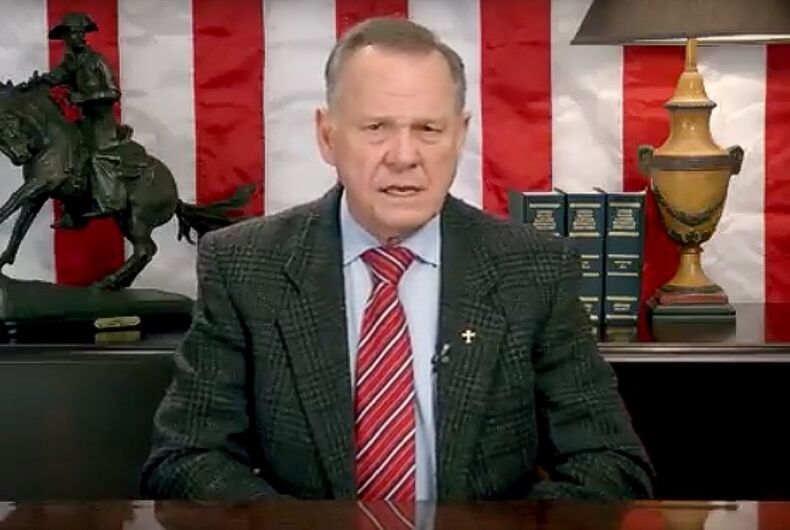 The office of Alabama Attorney General Steve Marshall is investigating, but it’s unclear just how widespread Project Birmingham was, how many people were behind it or how many voters engaged with its content.

The New York Times says Project Birmingham was “likely too small to have a significant effect on the race,” as it spent $100,000 in a $51 million race. But it still raises questions, especially considering that Democratic candidate Doug Jones beat Moore by a slim 21,311 vote margin.

The Washington Post reports that in the run-up to the December 12, 2017 special election, Jonathon Morgan, chief executive ofTexas-based research firm New Knowledge, was paid by American Engagement Technologies, a group with ties to Project Birmingham, to conduct a small-scale experiment with disinformation tactics.

Related: The man who wants to replace Roy Moore on the Alabama Supreme Court is just as deplorable

Morgan has said he only wanted to learn more about disinformation and wasn’t trying to sway the election. Nonetheless, Project Birmingham created fake profiles of conservative Alabamans urging other Republicans to support a write-in Republican candidate over Moore. Nearly 22,777 Alabamans voted for a write-in candidate in the 2017 special election.

Jones has disavowed the use of misinformation to sway elections as “a serious threat to our democracy, regardless of where these activities originate or who they seek to support.”

Political observers worry that this small-scale campaign may have big-scale implications as politicians deploy similar campaigns in the future under the worry that their opponents will do the same.

This railroad company is giving elder transgender people a discount