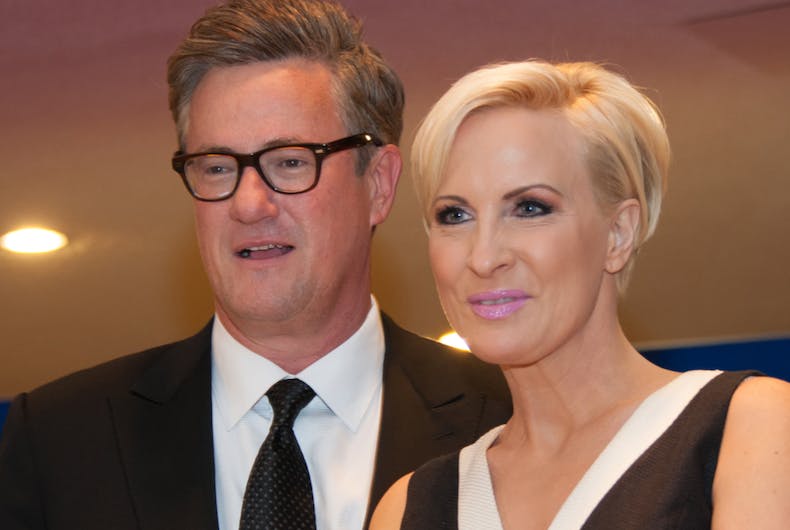 MSNBC anchor Mika Brzezinski issued an apology today for calling Secretary of State Mike Pompeo a “butt boy” on air after he defended the Saudi crown prince in the killing of Jamal Khashoggi.

Using the term negatively is essentially the same as calling a man who doesn’t fulfill cultural masculinity ideals a “fag”.

She attempted to apologize shortly after she said it, tweeting, “Totally agree with you -SUPER BAD choice of words .. I should have said “water boy.”

Totally agree with you -SUPER BAD choice of words .. I should have said “water boy”… like for football teams or something like that.. apologize to @SenatorDurbin too! SO SORRY! https://t.co/zIqsGdK3Tk

The Morning Joe co-host opened the program’s show apologizing, “Please allow me to say this face-to-face: The term is crass and offensive, and I apologize to everyone, especially the LGBTQ community, and to my colleagues for using it,” Brzezinski said on the air.

“It was a mistake. My father would have found it so unbecoming and disrespectful, and he would have told me,” she said about her late father, Zbigniew Brzezinski, a diplomat and national security adviser.

“I will work hard to be better, but I just wanted to say, on camera, looking the viewer straight in the eye: I am really, really sorry.”