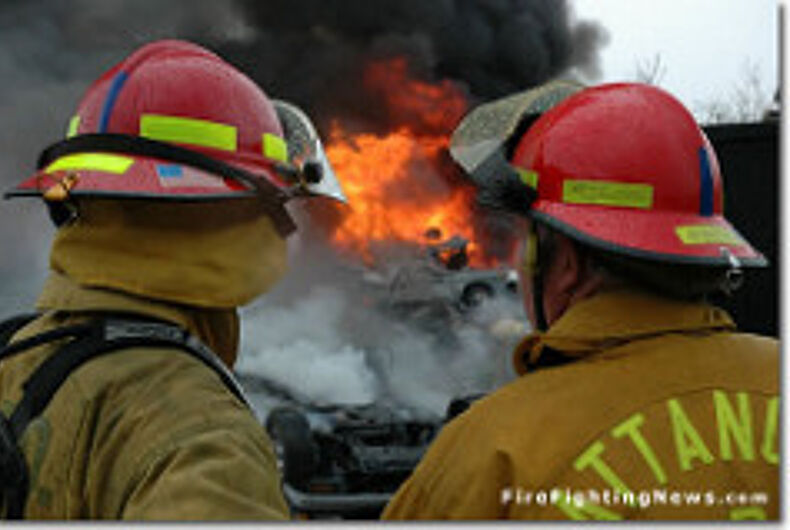 A lesbian couple that devoted their lives to the safety of others say they were pushed out of their jobs for being “too gay”.

Sheri and Alyssa Monk live in a western Canadian town of 3,700 people. It’s an area so small the sudden loss of two devoted public servants could endanger the the lives of local citizens.

The married couple, who worked as a paramedic and firefighter, say they were discriminated against on the basis of their sexual orientation.

Before quitting, the couple said they had been reprimanded over their romantic behavior.

Related: A gay firefighter got married & lost his job. He’s not going quietly.

Allegedly complaints came from others on the force. The Monks were expected to follow a different professional code than heterosexual married co-workers.

Speaking to CBC News’ Go Public investigative team the couple said they were told not to discuss their personal lives at work and that the word “wife” wasn’t to be used to describe one another.

A former colleague supports the couple’s side of the story.

According to the human rights complaint, the emergency services department, “denies any discrimination on the basis of sexual orientation or other protected grounds pursuant to the Alberta Human Rights Act as alleged or at all.”

They thought she is transgender so they put her in the men’s prison. She isn’t.

A gay couple publicly proposed 100 times in an Eastern Bloc country. What happened is incredible.