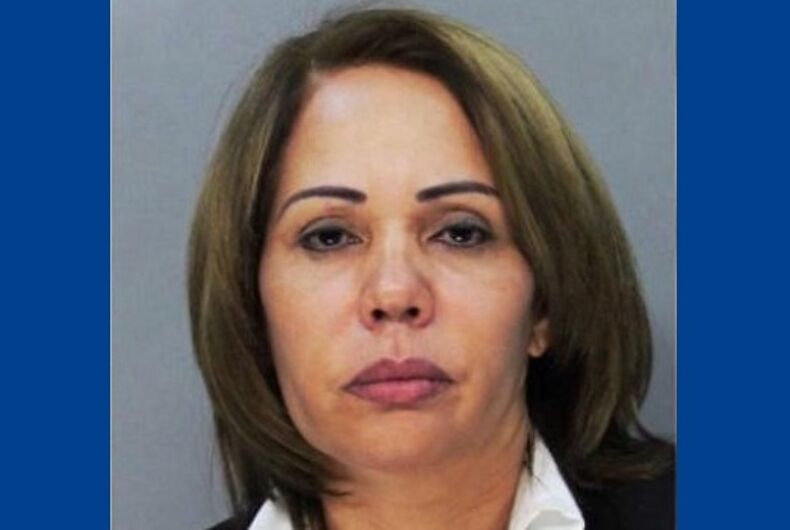 Fior Pichardo de Veloz, a grandmother from the Dominican Republic, is suing after Florida police arrested her – and then put her in jail with male prisoners because they mistakenly thought she is transgender.

Pichardo, who had come to the United States to witness the birth of her grandchild, spent ten hours in a call with male inmates after a prison doctor decided she is transgender because she takes hormone blockers for menopause.

A federal appeals court has ruled that Pichardo can sue the doctor and a nurse who insisted she be treated as a man – despite a strip search that showed she is a woman. A previous judge had thrown out the lawsuit, saying the medical personnel were immune from the negligence lawsuit.

“Every reasonable prison officer and medical personnel would have known that wrongfully misclassifying a biological female as a male inmate and placing that female in the male population of a detention facility was unlawful,” Judge Frank Hull wrote in the unanimous decision.

Pichardo was arrested at Miami International Airport on an old drug charge that, unknown to her, was still outstanding. Pichardo is an attorney and elected official in the Dominican Republic.

The arresting officer listed her gender as female and she was processed as a woman at the jail. A female officer strip searched her, looking for contraband, and later testified she “did not notice anything abnormal.”

But when she was taken to the medical unit for a checkup due to her high blood pressure, the nurse asked the officer if Pichardo was a man because she takes hormone pills for menopause. The officer confirmed with Pichardo that she is a woman.

Dr. Rodriguez-Garcia “examined” Pichardo, but did not ask her to strip or perform any physical examination. He did not ask her “if she was a woman, a man or transgender” or why she was on hormone pills, according to the lawsuit.

Instead, he simply reclassified her as a man.

When the nurse brought Pichardo back to the officer, she told him “everything fell out” when Pichardo was examined – despite no physical examination being performed. The nurse added a note to the inmate’s file that read, ”Transgender, male parts, female tendencies.”

Even after three officers questioned the decision directly, they were bound by the nurse’s instructions, who would only repeat “She’s a man.”

When she arrived at the men’s prison, she again told the processing officer that she is a woman.  “You are a woman. Good luck if you’re alive tomorrow,” the officer replied.

Surrounding by 40 loud and leering men, Pichardo was so afraid to even use the restroom she urinated on herself.

Eventually, Pichardo’s family discovered she had been sent to the men’s prison and a new examination of her gender was ordered. A female nurse immediately realized the mistake.

The nurse was “exposed to consistent and repeated information that Mrs. Pichardo was a woman” and “stubbornly refused” to confirm Pichardo’s gender, according to the ruling. The doctor “knew that sending a woman to an all-male prison would pose a risk of serious harm to her safety, however, he took no steps to verify Mrs. Pichardo’s sex before re-classifying her as male.”

The court ruled that the pair’s conduct amounted to “deliberate indifference.”

Lesbians forced to quit saving lives because they’re ‘too gay’