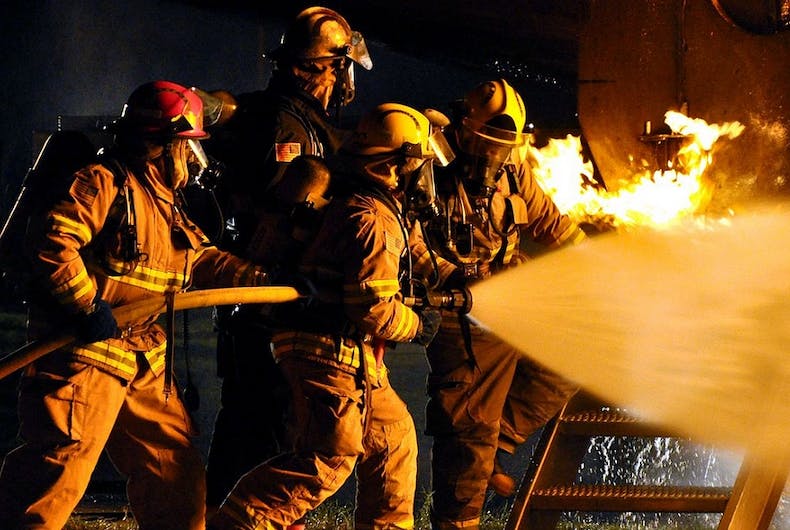 A gay firefighter in Virginia has filed suit alleging he was harassed on the job and forced into early retirement because he’s gay.

Scott Phillips-Gartner has been a part of the Norfolk Fire Rescue since 1991, first as a 911 operator and then as a firefighter.

He says that he was considered a good employee. He was even promoted to assistant fire marshal and was a senior member of the bomb squad.

But that changed a few years ago. In October 2014, Phillips-Gartner told his employer that he had gotten married to his longtime boyfriend, effectively outing him.

He claims that that’s when Battalion Chief Roger Burris started harassing him and treating him less favorably than his colleagues.

At one staff meeting, Burris allegedly asked Phillips Gartner: “Where is Ms. Gartner?”

When he complained to Fire Chief Jeffrey Wise, things didn’t get better. Wise “routinely belittled Gartner in front of colleagues” for months.

Phillips-Gartner was demoted in March 2017, officially because he “illegally obtained” a service dog for the department. He lost his rank and his law enforcement authority, as well as his city computer, phone, and gun. He was moved to a temporary facility and had “little to no job duties.”

Several months later, he was told that he would be fired if he didn’t resign. So he says he reluctantly applied for early retirement.

“This was not the way he wanted to leave,” said his lawyer. “It was humiliating.”

He is seeking lost salary and benefits and damages.

The Norfolk Fire Rescue has refused to comment on what it called a “personnel matter.”

A gay man was brutally beaten, robbed & humiliated during an Instagram hook-up

Trump is threatening Apple now. Tim Cook will eat him for lunch.