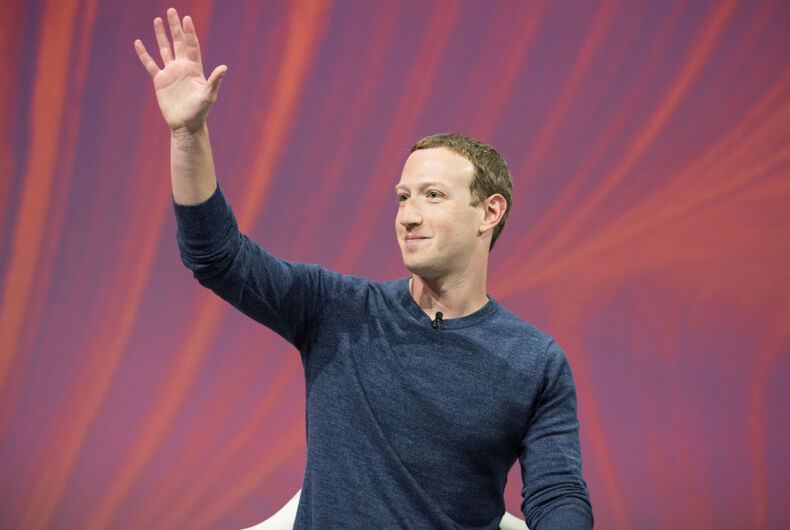 The Daily Beast has reported that this year Facebook’s political action committee (PAC) donated thousands to Republican politicians who’ve voted against laws banning so-called ex-gay conversion therapy — the widely debunked pseudo-science of changing one’s sexual orientation or gender identity — and to ones who voted against medical care for trans soldiers.

The donations were made via Facebook Inc. PAC, a committee which facilitates employee donations to campaigns. Republican Representative Mimi Walters of California and Representative Darin LaHood of Illinois received a combined sum of $9,000 despite voting against successful conversion therapy bans while serving as state legislators.

Facebook’s statement on its political donations says that the company only supports candidates whose policy stances align with “Facebook’s public policy agenda and business interests, particularly the individual’s commitment to fostering innovation and an open Internet.” It adds, “A contribution to a candidate for office does not mean that we agree with every policy or position that candidate may espouse.”

Facebook currently has a perfect score of 100 on the Human Rights Campaign’s (HRC) Corporate Equality Index, a measure of businesses’ pro-LGBTQ policies. Facebook has also partnered in the past with The Trevor Project, a suicide prevention hotline for LGBTQ youth. In 2014, Facebook expanded its gender and pronoun options for trans, genderfluid and non-binary users.

But the company has also made missteps: blocking pro-LGBTQ ads as “political,” banning lesbian users for posting the word “dyke” on their own pages, deleting “offensive” non-explicit photos of gay couples and even showing conversion therapy ads to LGBTQ users as recently as 2018.

Facebook has since said, “We do not allow ads that promote gay conversion therapy,” though neither The Trevor Project nor the HRC have commented on Facebook Inc. PAC’s donation to anti-LGBTQ politicians.