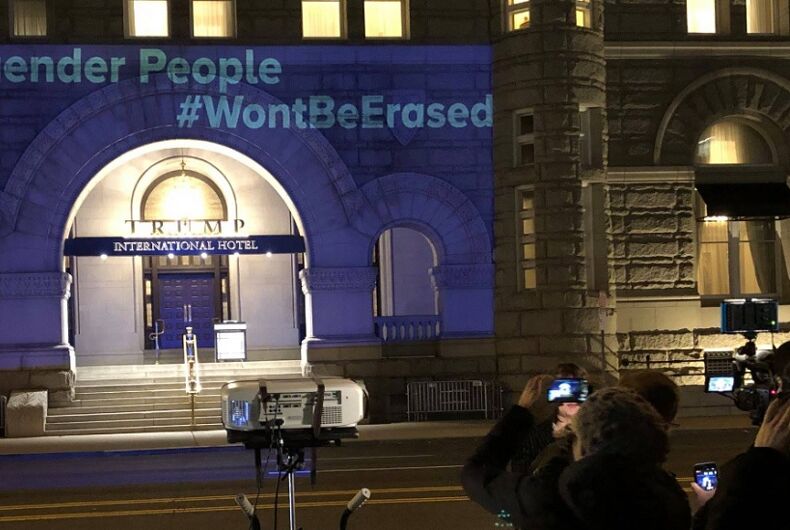 The National Center for Transgender Equality took their message directly to Donald Trump… by projecting it on one of his hotels.

For Transgender Awareness Week, the NCTE went to the Trump International Hotel in Washington, D.C., last night and projected a message on the hotel’s facade: “Transgender People #WontBeErased.”

“So we’re here today to make a statement about visibility,” Mara Keisling, executive director of NCTE, said in a video posted to social media. “A statement to let anybody know that when they attack us, we fight back. Every time.”

HAPPENING NOW: We're at the Trump International Hotel to tell the President and his administration that transgender…

Posted by National Center for Transgender Equality on Monday, November 19, 2018