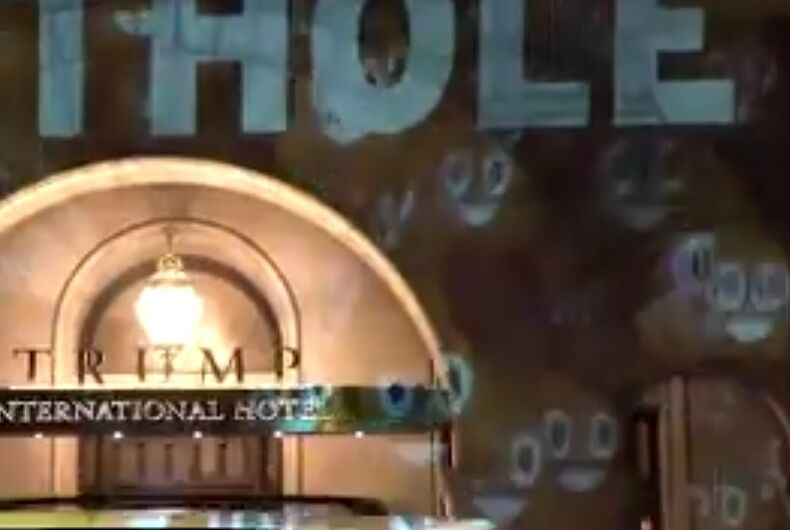 The Trump Hotel in Washington, D.C., got temporarily redecorated this weekend.

Video artist Robin Bell projected the words “This place is a shithole” onto the hotel, along with poop emojis.

The message is a reference to comments Donald Trump reportedly made last week, in which he said that the U.S. should take in fewer refugees from “shithole countries” like Haiti, El Salvador, and African nations, and instead encourage more immigration from Norway.

The projector showed other messages, like “Not a DC resident? Need a place to stay? Try our shithole” and “This is not normal.”

Another message was “Pay Trump bribes here,” a message Bell projected on the hotel last year. “It’s a pretty clear cut example of impropriety,” Bell said, referring to how Trump’s private business holdings are an easy way for people seeking to influence him to give him money.

Reminding ourselves of ‘the fierce urgency of Now’