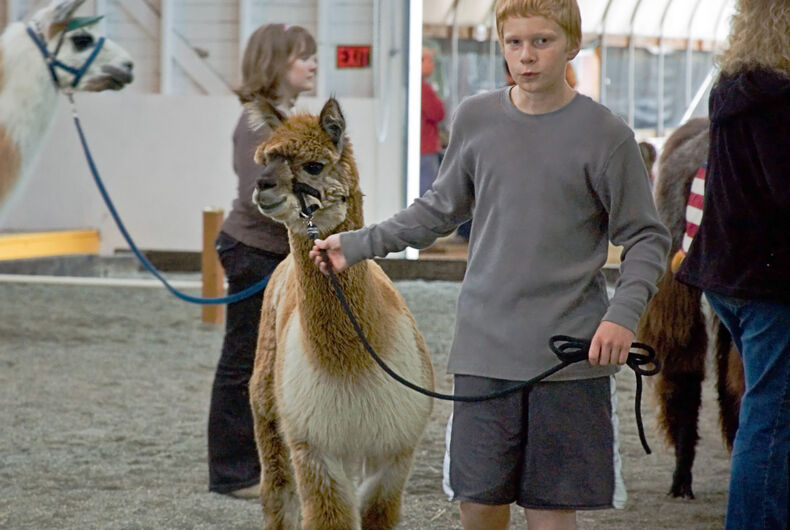 The youth development and mentoring organization 4-H is the latest target of the Trump administration. The group is under fire for being too nice to LGBTQ youth.

After the international youth organization issued diversity guidelines meant to grow membership by ensuring all children felt welcome, evangelical Christians and anti-LGBTQ hate groups targeted the group to try to get the policy withdrawn.

The Trump administration, beholden to the far right for power, has taken up the cudgel on behalf of their political overlords once again and this time they’re going to war against children.

“Iowa 4-H does not discriminate on the basis of race, color, age, ethnicity, religion, national origin, pregnancy, sexual orientation, gender identity, genetic information, sex, marital status, disability, or status as a U.S. Veteran in any of its programs or activities,” the organization wrote on their website as they solicited feedback.

In Iowa, the religious right went apoplectic after the state chapter posted the guidance on their website. Enter the Trump administration.

Shortly after it was published, Heidi Green, then-chief of staff for U.S. Secretary of Agriculture Sonny Perdue, requested that it be rescinded. According to Sonny Ramaswamy, then-director of the federal department that administers 4-H, the National Institute of Food and Agriculture, emails started flying demanding the guidance be taken down.

It was removed from the NIFA website the next day.

“For over a century, the national 4-H youth program has taught tens of millions of children the importance of character and community,” said JoDee Winterhof, HRC Senior Vice President for Policy and Political Affairs.

“This latest action by the Trump-Pence Administration is an unnecessary and cruel attack on LGBTQ youth that seeks to destroy community rather than create it.”

When Iowa state director Chaisson-Cárdenas refused to take down the guidance, insisting that the program “is for all kids,” he started getting death threats from right wingers and evangelicals started using their political power to get it withdrawn.

State legislators and officials from Iowa State University, which sponsored the program in the state, became involved. Since many of them are also right wing Republicans, the pressure mounted as politicians scrambled to make the evangelicals happy.

Liberty Council, the far right hate group masquerading as a legal charity, threatened lawsuits and put out an action alert. The group regularly promotes discrimination against LGBTQ people and has been labeled a hate group by the Southern Poverty Law Center.

“I guess I am not sure why we are valuing the propaganda machine of a recognized hate group over the existing rights of LGBTQ youth?” Chaisson-Cárdenas wrote in an email to his bosses.

Eventually, Chaisson-Cárdenas was fired over his support for the policy and his refusal to back down.

In a statement provided to the Des Moines Register, Iowa State officials claimed they terminated Chaisson-Cárdenas because of his “tendency to focus on individual tactical projects while neglecting the overall strategic direction of the Iowa 4-H program; concerns raised by peers, employees and partners about his management style; and a pattern of poor decision-making and judgment.”

Ramaswamy, for his part, called the decision “mind boggling.”

I founded Trans Day of Remembrance 20 years ago. Here’s why.