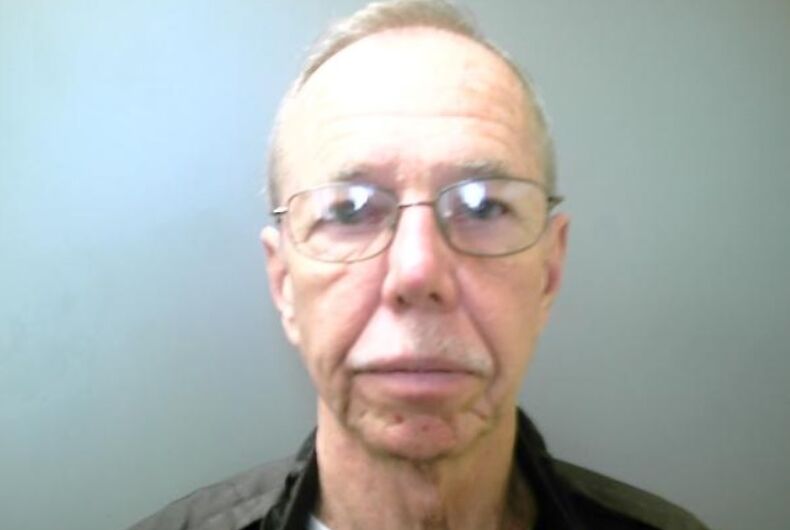 Two men have come forward to suggest that a police officer is responsible for a teen’s death in a cold case.

Edward Wells was found dead in the Mississippi River in 1982. The teen was the victim of sex trafficking for years in the French Quarter.

A Times-Picayune story at the time said that Wells was once picked up by detective Stanley Burkhardt, who said he drove the boy home after he tried to persuade the teen to “leave the hustling scene.”

The coroner found no sign of foul play on Wells’s decomposed body, and his death was classified as neither a suicide nor a homicide. Burkhardt, who headed the New Orleans Police Department’s first pedophile unit, insisted that the teen was murdered because of the “dangerous lifestyle Wells maintained.”

“Maybe Eddie got into the wrong car with the wrong guy,” Burkhardt was quoted as saying in the Times-Picayune story.

His victim-blaming language that portrays a 13-year-old who cannot legally consent to sex as a “hustler” may not just be a product of the times, though. Now, 36 years later, three people have come forward with some troubling details about Burkhardt’s involvement in the case.

In 1987, Burkhardt spent started what would be a five-year prison sentence for possession of child pornography. He also pleaded guilty to molesting his 9-year-old niece, and later admitted to molesting another niece and a nephew.

He admitted that he wanted to work in the pedophile unit because it gave him access to explicit materials.

Now two more men have come forward, saying that they were raped repeatedly by Burkhardt in the 1970’s.

Richard Windmann was the victim of a Boy Scout child abuse ring that sent several scout leaders to prison in 1977. He was put into Burkhardt’s care and was raped repeatedly by the police officer over the next few years.

“Who better to look after me than the head of the pedophile unit in the New Orleans Police Department?” Windmann said.

When he would try to resist Burkhardt, he said that the detective showed him a photo of Wells’s body.

“Do you want to end up like Eddie? Do you, Richard?” Burkhardt allegedly said.

Windmann testified about Burkhardt’s abuse at a 2011 hearing. Burkhardt denied it, but the court considered Windmann’s testimony “credible.”

This past month, Vic Groomer came forward with an accusation that Burkhardt repeatedly raped him, starting when he was 8-years-old.

He said that the abuse continued until he was around 12, when he was able to fight Burkhardt off.

A few years later, when Groomer needed a signature for a background check, he ran into Burkhardt again at a police station. While Burkhardt’s wife (who was also an officer) ran the paperwork, Groomer said Burkhardt took out a photo of Wells’s decomposing body.

“To me, he was telling me to keep my mouth shut about what he’d done,” Groomer said.

Groomer and Windmann do not know each other.

Walt Philbin, the Times-Picayune journalist who wrote the story about Wells’s death, said he remembered Burkhardt showing him a photo that matched Groomer’s and Windmann’s descriptions.

Philbin said that a detective called him last month to ask him questions about Wells and Burkhardt, and a specialist in cold cases has been brought in to revisit the death.

Last month, police opened an investigation into Windmann’s allegations, just after he won a $450,000 settlement in a sexual abuse case he brought against Jesuit High School.

Groomer said that he was motivated to tell his story by Windmann coming forward, and he wants others to feel safe coming forward.

“It’s a (expletive) horrible way to go through life,” Groomer told The New Orleans Advocate. “There may be another person who needs to tell their story from when they were a kid. If I can get someone out… I want to be a part of that.”

Is Alan Turing about to become the face of the UK’s new £50 note?