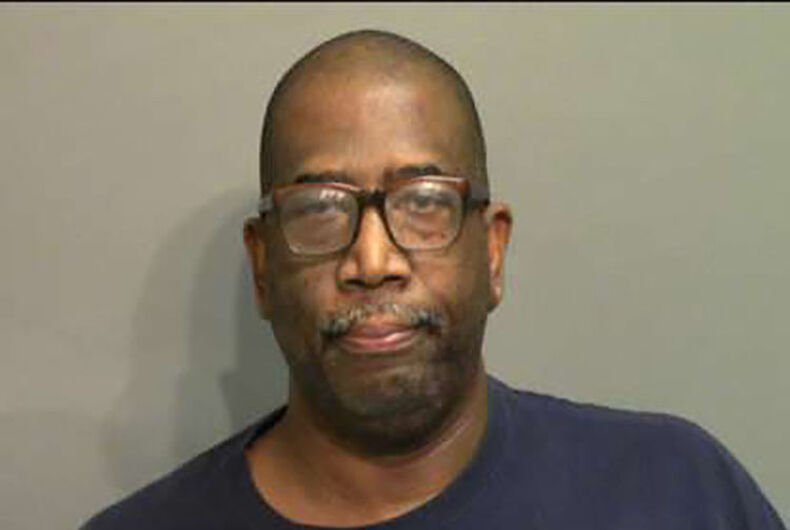 Conservative Pastor Ken Adkins of St. Simons Island, Georgia, who has led a public campaign against the rights of LGBTQ Americans, is now an inmate at the jail of Glynn County, charged with two counts of child molestation.

Adkins, who also goes by the title, Bishop, has been busy of late tweeting about the massacre in Orlando, Fla. His two accounts are protected from public viewing now but the Florida Times-Union reported this is what he tweeted Monday:

“Dear Gays, Go sit down somewhere. I know y’all want some special attention; yall are sinners who need Jesus. This was an attack on America.”

That was followed three hours later by another tweet, which refers in part to a controversial effort in nearby Jacksonville, Fla. to add protections for lesbians, gays, bisexuals and transgender people to an existing anti-discrimination ordinance. Adkins served as a panelist on one of the community forums convened last December to consider the expansion, which ultimately did not happen.