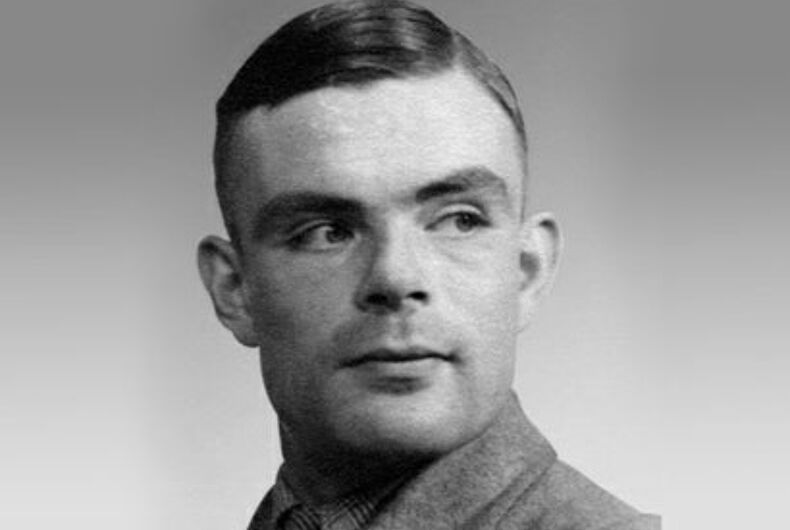 British scientist Alan Turing, who was instrumental in breaking the Nazi codes during World War II, is a frontrunner to be the face of a redesigned £50 note issued by the Bank of England. He would replace inventor James Watt.

BoE Governor Mark Carney announced a public contest to replace Watts with another important figure from the world of science. Turing has considerable support.

Turing was officially pardoned by Queen Elizabeth II under the little-known Royal Prerogative of Mercy in 2013.

London’s Evening Standard newspaper editorialized that, “Lovelace and Turing are two great Britons. It’s time we literally put our money where our mouths are and recognise at least one of them on our new banknote.”

“[Turing’s] work at Bletchley Park, which led to the cracking of the Nazi Enigma code, is widely regarded to have ended the Second World War early and saved millions of lives,” the paper continued.

“Not only was he not recognised in his lifetime; he was convicted of homosexuality by the country he helped to rescue, chemically castrated and committed suicide.”

In 2015, a handwritten notebook by the code-breaking genius, who was the subject of the 2014 Oscar-winning film The Imitation Game, brought more than $1 million at auction.

It's gotta be Alan Turing, surely? He had a gigantic impact on WW2 and practically invented computer science. Even more thoroughly deserved given how badly he was treated. https://t.co/1MzUqh1Ofu

A teen sex abuse victim died in 1982. Now the cop who investigated the death is a suspect.