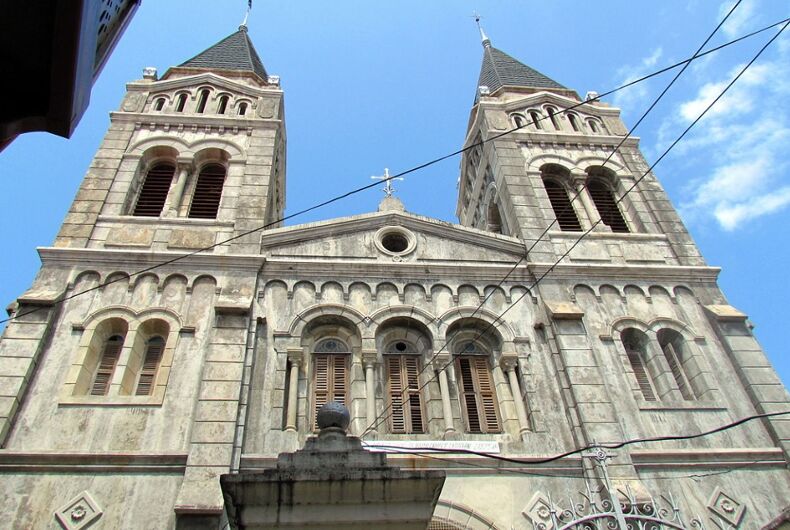 The regional commissioner of Tanzania’s economic capital Dar es Salaam said he wants to arrest as many gay people as possible.

Speaking with reporters on Monday, Paul Makonda said that he wants citizens to report people they believe are gay.

“I have information about the presence of many homosexuals in our province,” he said. “These homosexuals boast on social networks.”

“Give me their names,” he demanded. “My ad hoc team will begin to get their hands on them next Monday.”

Related: Tanzania is cracking down on gays by banning lube

He said he expected criticism from other countries but doesn’t care.

“I prefer to anger those countries than to anger God,” he said, adding that homosexuality “tramples on the moral values of Tanzanians and our two Christian and Muslim religions.”

This isn’t the first time Makonda has tried to eliminate gay people from Dar es Salaam. In 2016, he said that anyone who follows a gay person on social media could be arrested.

That same year, the city banned imports of lube, citing non-government organizations that work with gay men and hand out condoms and lube. The Health Minister said at the time that the money used to buy lube would go instead to maternity wards.

In 2017, the country stopped 40 private health centers from providing HIV/AIDS-related services, accusing them of catering to gay men.

Sex between men is illegal in Tanzania and carries a maximum penalty of life in prison. Police in Dar es Salaam have been arresting gay men in sweeps of nightclubs for several years.

This church broke from their denomination over gays. Now it’s holding the building hostage.