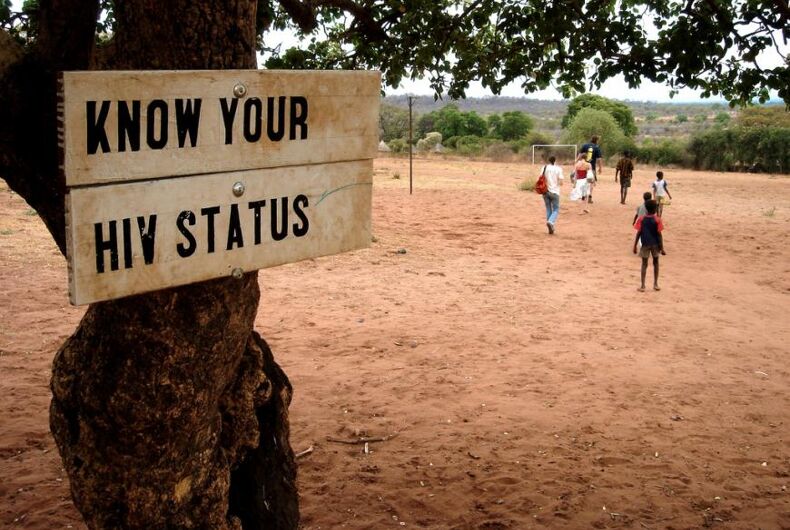 Sign outside of an HIV/AIDS clinic in TanzaniaPhoto: London School of Hygiene & Tropical Medicine

It is the latest move by this East African country to crack down on the activities of homosexuals.

In Tanzania, gay sex is punishable by up to 30 years in prison. Around two-thirds of African countries criminalize consensual same-sex sexual conduct, according to Amnesty International.

The HIV rate among gay men in Tanzania stands at 30 percent, according to government figures.

The health minister also announced that the government was expanding HIV/AIDs services at 3,000 other health centers across the country.

The news comes about six months after the government threatened to deregister pro-gay civic groups it said were harmful to the “culture of Tanzanians.”

© 2017, Associated Press, All Rights Reserved.
This material may not be published, broadcast, rewritten, or redistributed.
Health and Wellness
HIV/AIDS, Tanzania