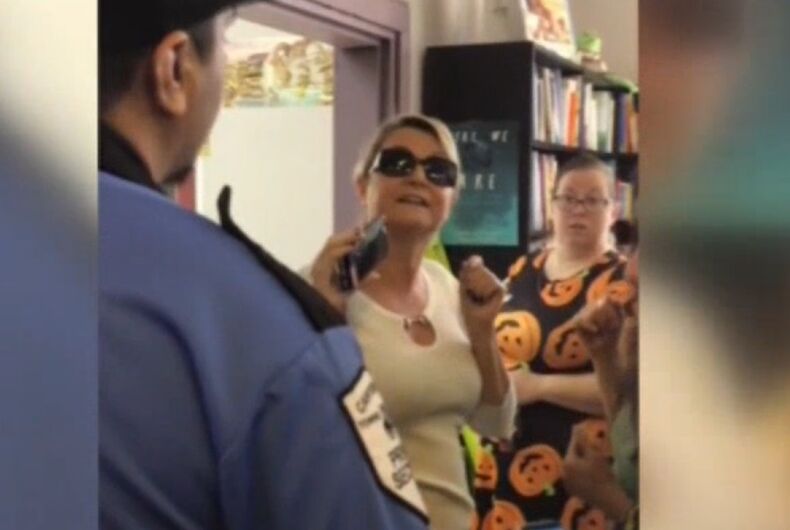 An independent bookstore in Riverside, California, called Cellar Door was hosting a Halloween event for kids that had three drag queens reading books to children.

This bothered Genevieve Peters, who went to the bookstore to record the event.

Bookstore owner Linda Sherman-Nurick said that she saw Peters in the audience recording, and she went to tell her to stop recording the kids without their parents’ permission.

But Peters refused to stop.

“She has invited the public to watch this perversion with these homosexuals,” Peters said. “I’m sorry this is what’s happening.”

“That’s what you get,” she added. “This is our nation’s children, you have no right to tell us about our children.”

“For the last 30 years, the homosexual agenda has been first and foremost wanting to desensitize our communities, our children, our families.”

She refused to leave even when asked by a security guard. Riverside police eventually escorted her out of the bookstore.

Peters said that she would be back every time there are drag queens at the bookstore.