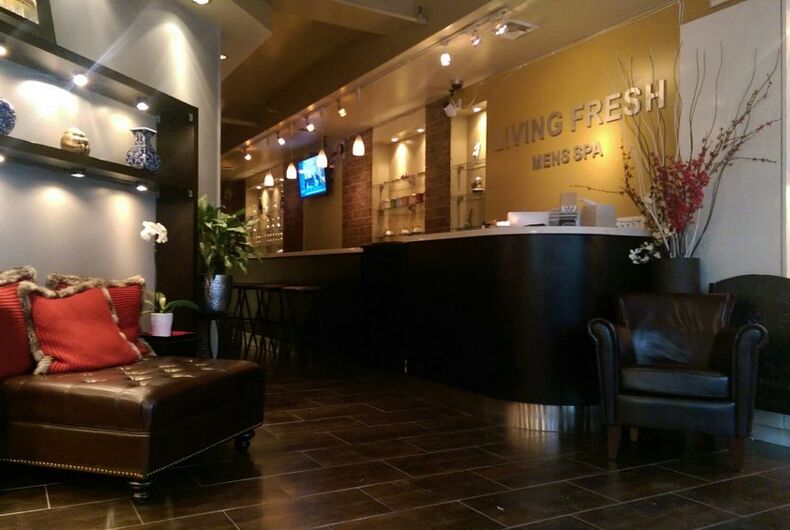 A man is suing a New York City spa, located in the Chelsea neighborhood, stating that his massage therapist sexually abused him during a visit.

Shortly after the body massage started, Arnau, 34, claims massage therapist Pei Tian began to concentrate “exclusively on Arnau’s buttocks for an inordinate amount of time, making Arnau very uncomfortable,” according to the lawsuit filed in the Manhattan Supreme Court, as reported by the New York Post.

Related: Foot fetish pastor fired after admitting he was giving ‘massages’ to male students in his office

The suit also says that Arnau was in such shock by Tian’s actions that he froze. According to Psychology Today, a person’s body freezing up is a common response to an assault.

When Tian removed Arnau’s towel and told him to turn over, Arnau sat up, asked Tian to leave the room and instantly called the police.

Tian was arrested shortly after the call was made and was charged with forcible touching and sexual abuse.

For many massage therapists, massage is a non-sexual form of healing, but that is not always the case. The stereotype that massage therapists are sex workers, and that some people do bring sex work into their massage practice creates room for misunderstandings.

On the other hand, as Arnua’s lawyer pointed out there is a general homophobic perception that exists adjoining gay men and nonconsensual sex acts.

Arnau’s lawyer, Carrie Goldberg, said, “Living Fresh Spa ignored Mr. Arnau when he reported the assault. The spa– through their silence and inaction– condones the idea that gay men at gay spas are consenting to unwanted touching from staff.”

The spa’s owners did not return a call seeking comment.