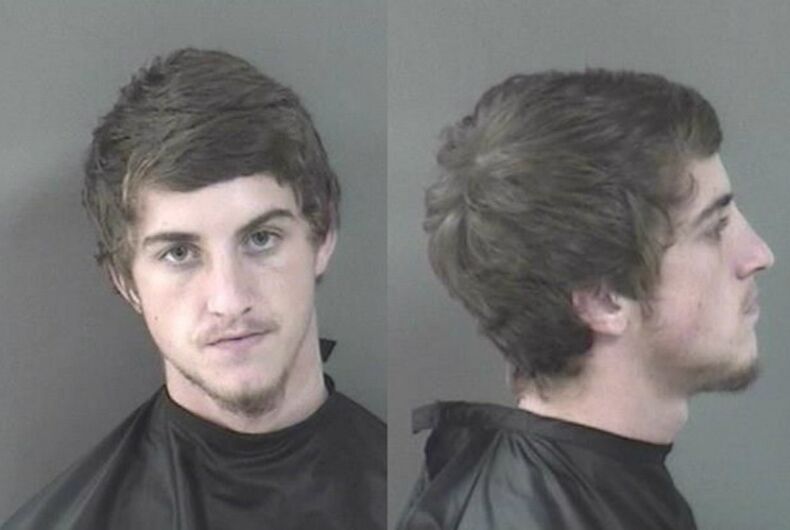 A man has been arrested in connection to the violent robbery of a gay man in Florida after the two allegedly met through Instagram.

Matthew Evans, 20, was arrested and is facing charges of kidnapping and attempted robbery. Police are still looking for his two accomplices.

According to the victim, the two met on Instagram and arranged a hook-up. The victim was going to pay Evans $50 for the encounter.

At 11 p.m. on November 18, they met at a clubhouse and Evans immediately put the victim in a choke-hold and called him an anti-gay slur. He was dragged into a car and another man drove out of the neighborhood and to a park.

At the park, a third man was waiting for them with a gun. He demanded $50 and punched the victim until he passed out.

He woke up 20 minutes later, and his pants, phone, and money were gone. He walked home and called 911.

The victim was left with a broken nose, bruises, and a depression in his cheekbone.

Arrest warrants have been issued for the two accomplices. Evans is being held without bail.

What would the new & improved Republican Jesus do?

A gay firefighter got married & lost his job. He’s not going quietly.