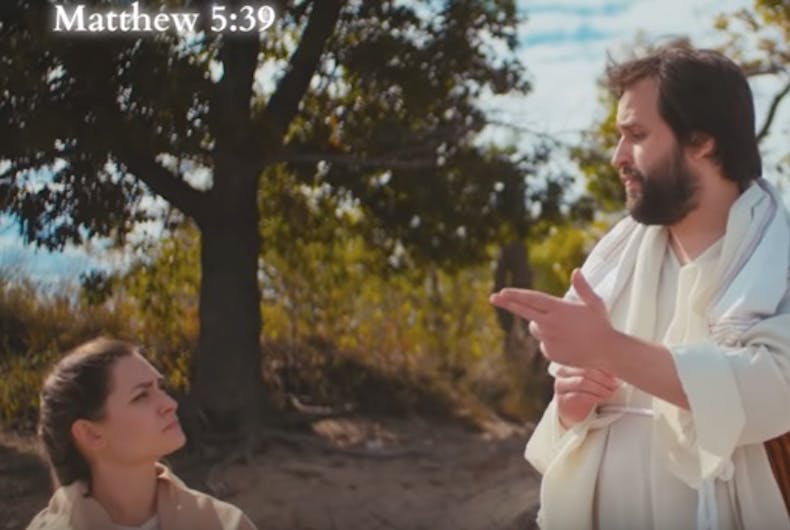 Religious right leaders have climbed all over each other to be Donald Trump’s top apologist. While evangelicals overwhelmingly support the president, the rest of America has been scratching their heads at how easily they abandoned their faith to gain political power.

Hypocritical religious leaders are hardly a new breed. In the Bible, Jesus reserved his harshest words for Pharisees – the equivalent of modern day religious right ministers and organizational leaders combined with governmental authorities.

Christ condemned them as “snakes,” “blind guides,” and a “brood of vipers” for using their influence to castigate and condemn instead of teaching peace and love. Instead of lifting others up, they chose to make life difficult for the poor, women, and minority groups.

Related: Why do so many Christians oppose everything Christ supported?

So what would the new twisted Republican version of Jesus look like? Certainly not like the one they supposedly follow. The Jesus described in the Bible wouldn’t not recognize them since they refuse to listen to his teachings.

A gay man was brutally beaten, robbed & humiliated during an Instagram hook-up