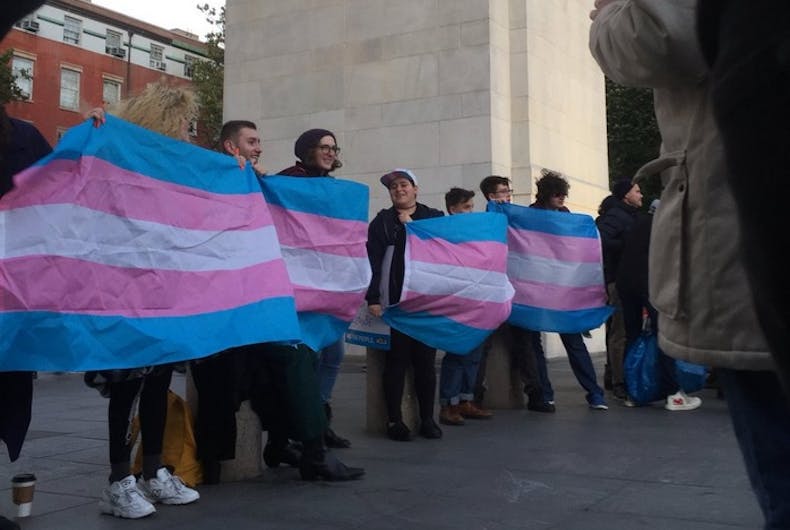 Trans Lifeline, an organization that runs a crisis hotline for transgender people and staffed by transgender people, said that calls to their suicide hotline have quadrupled since the story broke that the Trump administration is trying to legally erase transgender identity.

Please, if you are able, donate to help us fight for trans lives today. ⁣ ⁣ Click the link in our bio, or visit: www.translifeline.org/donate ⁣ ⁣ #WontBeErased⁣ #TransRightsAreHumanRights

On Saturday, October 20, the New York Times reported on a leaked memo from the Department of Health and Human Services.

The memo outlined a strategy for several departments that would redefine gender based on a person’s genitalia at birth, effectively erasing transgender identity. The purpose was to stop the departments from using laws against sex discrimination to fight anti-transgender discrimination.

“Since the HHS memo was leaked, the number of calls to our crisis hotline has more than quadrupled, doubling the number of new callers who have never needed to access our services before. This is bad news, but it isn’t new news.”

Ames said that the organization also noticed an increase in calls from Massachusetts, where a referendum on transgender rights will appear on ballots next week.

“Playing politics with civil rights of a vulnerable population has consequences. But moments like this are exactly why Trans Lifeline exists,” Ames said.