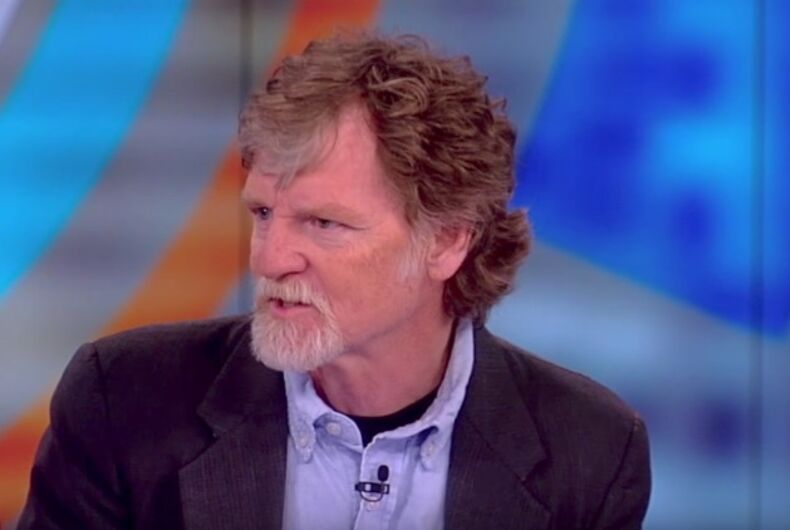 Jack Phillips of Masterpiece Cakeshop doesn’t believe gay people should be allowed to marry, and now he’s trying to keep a gay man out of the governor’s office.

For years, Phillips has been fighting for a religious exemption to Colorado’s anti-discrimination law. He refused to sell a wedding cake to a gay couple – claiming that he has no problem with LGBTQ people, he is just religiously opposed to marriage equality – and took his case all the way to the Supreme Court earlier this year.

But he recently appeared in an ad opposing gay Democrat Jared Polis’s campaign for governor of Colorado, produced by the Family Policy Alliance.

While the ad doesn’t reference the fact that Polis is gay, it links Polis to Phillips’s story, saying that he would appoint “even more radical members” to the Colorado Civil Rights Commission and that he supports “hostility toward Jack’s faith.”

Related: Would Jesus bake a wedding cake for a gay couple?

Phillips’s case partly depends on proving that he was not motivated by bias against gay people. Appearing in ads to keep a gay man out of office isn’t helping.

Did this action movie star just come out? It sure seems like it.