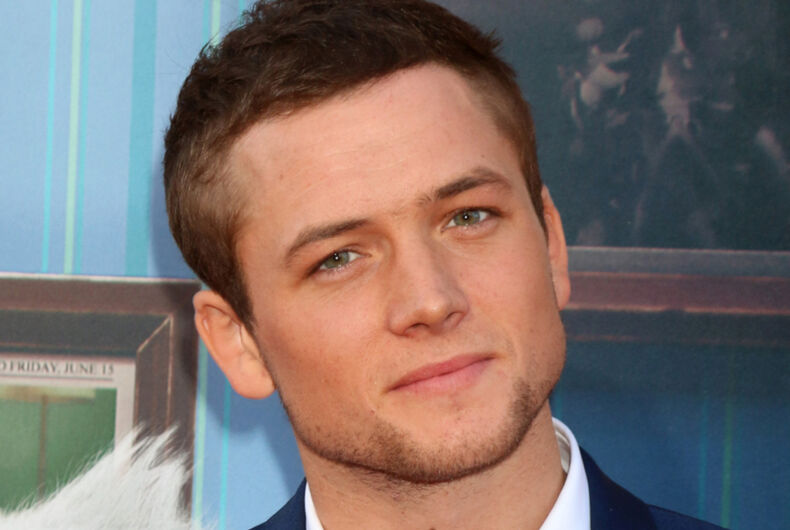 Taron Egerton is the force behind the Kingsman action movie franchise and he’ll play Elton John in the upcoming biopic Rocketman.

But did portraying the iconic out singer influence Egerton to come out as gay or bisexual?

The actor recently signed up for Instagram and one of his first posts is causing quite the stir. He posted a photo of an unknown man with the caption, “Cutie. My boy ❤️”

When one follower tried to get him to tag the mystery man and let the world know who he is, Egerton responded with “Nah, he’s mine and mine only.”

He also liked a comment from someone who asked, “Does that mean he’s got a boyfriend now?”

Egerton has been linked with producer Emily Thomas for years.